Parker to be inducted into Swain Athletic Hall of Fame

Shelby Parker, an EBCI tribal member, will be inducted into the Swain County High School Athletic Hall of Fame on Thursday, Sept. 28.  While there, she excelled in softball and helped her team win the Smoky Mountain Conference championship each of her three years.

“I am really excited and really honored,” said Parker.  “I didn’t know if I was ever going to be inducted, and I didn’t think it would happen this soon.  But, I’m really grateful that they’re doing it, and I’m excited for it.” 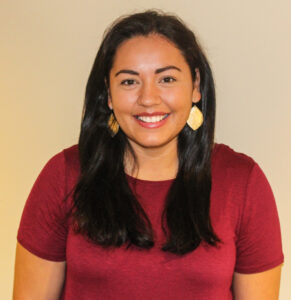 She will be inducted with the following: Robbie Brown, Steve Claxton, Cayla Crawley, and Cody White.

Parker started her career at Cherokee where she was 12-4 with a 1.467 ERA, 169 strikeouts and 23 walks.  In her three years at Swain County, she pitched 486 innings, six no-hitters, four perfect games, and won 21 games in a season twice.  No other Lady Maroon Devil has ever won 20 games in a season. 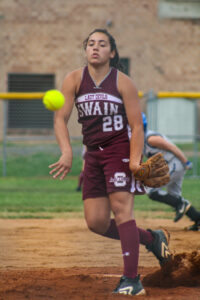 Her team won the Smoky Mountain Conference championship each of her three years at Swain County.  They won the Western Regional title her sophomore year and were state runner-up in her junior season.

Parker played three seasons at Furman University and graduated early so she didn’t play her senior year.  She graduated with a bachelor’s of arts degree in political science.  “It was fun.  It was a lot different at the college level than it was playing at the high school level or playing travel ball…it was a lot of work.  It was definitely student-athlete; very little sleep, lots of training.”

Of her time these days, she said, “I’m working with the Cherokee community at Family Safety, coaching some tee-ball, coaching NAYO teams, pitching lessons every week; I’m staying pretty busy.  I work on basketry once a week with Louise Goings.  I’m trying to get back in touch with that.”

Parker added, “I owe it all to God.  I’d like to thank my teammates, Cherokee and Swain’s communities, and also my dad for taking all the hits he took from drop balls and rise balls.  I bless him for that.”