ON THE SIDELINES: Let’s hear a cheer for the cheerleaders 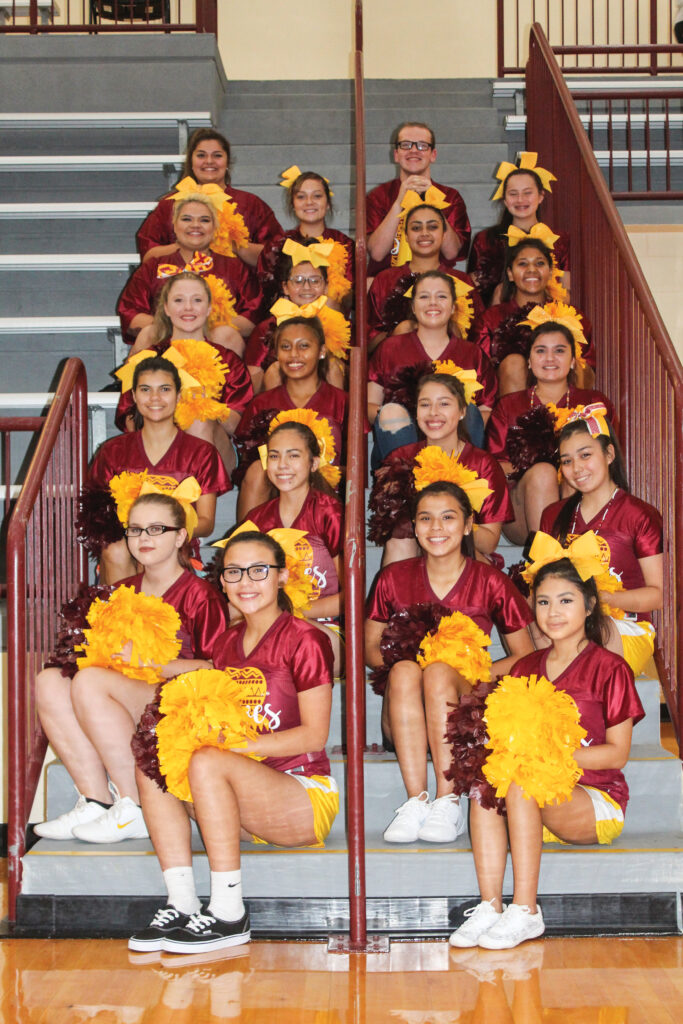 Well, the summer is winding down, and it’s time for fall sports – mainly football for me.  I’m anxious to get back on the sidelines and try to get some good photos at Cherokee sports this fall.

One constant at football games of all levels is cheerleaders.  One famous, unattributed, quote states, “There is no halftime for cheerleaders.”

That is absolutely true.  They work hard from the run-through until the end.  Many times, you’ll see the cheerleaders still belting it out with spirit while their team’s fans head for the exit due to the team being down by 20 points with two minutes left in the game.  Cheerleaders don’t quit.

This past week, I photographed the Cherokee High School varsity squad, and to my surprise, it was quite large.  I’d had to go back through the years to see for certain if it is the largest CHS squad, but at 20 strong, it definitely is the largest I’ve shot in my 19 years with the paper.

Cheerleading is a sport.  To argue that fact would tell me that you don’t pay attention to them.  The CHS squad has plans to compete at cheerleading events as well as their duties cheering on the Braves.  In addition to a peppy attitude and school spirit, it takes strength, coordination, stamina, and the ability to work very well together in a group.

While flipping channels a month ago, we came across a cheerleading movie entitled “Bring It On: In It to Win It”.  My family is fond of awful movies as it’s sort of a sport to make fun of them as we watch.  And, this movie was just plain terrible.  But, while I sat there in awe of the horrible script and acting, I found myself also in awe of the young men and women and the athletic ability they displayed while doing their routines.  To be a good competitive cheerleader, you have to be a cross between a 1950s Pep Squad member and an Olympic gymnast.  They are athletes.

According to varsity.com, “A brand-new, comprehensive survey by the NFHS (National Federation of State High School Associations) member state high school associations measured cheerleading participation at each level of high school: freshman, junior varsity, and varsity.  The survey found that there are 394,694 cheerleaders in the 18,922 schools that are in the 51 NFHS associations.  This averages to 21 cheerleaders per school!”

Cherokee has 20 varsity cheerleaders this year.

So, as you cheer on the Braves this football season, from pee wees to varsity, take a second out of the game to notice the hard work being done by the cheerleaders.  They work just as hard as the players do.

Here’s to a great and safe season for all players of all teams.