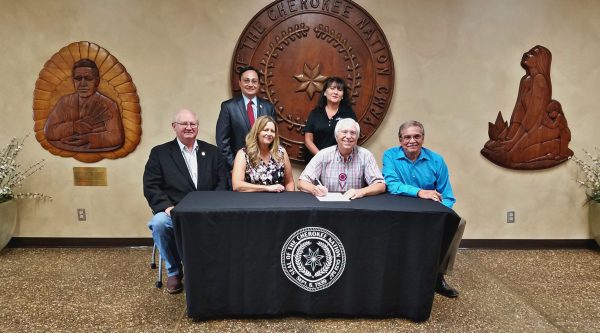 TAHLEQUAH, Okla. – A 240-acre tract of land in Ochelata owned by the Cherokee Nation was recently placed into federal trust by the Bureau of Indian Affairs’ Eastern Oklahoma Regional office.

“Cherokee Nation remains dutiful in exploring ways to continuously develop our land base and utilize our sovereign rights as a tribal government,” said Cherokee Nation Secretary of State Chuck Hoskin Jr. “This effort will directly impact and improve the lives of our citizens in Washington County.”

“Every day in the Cherokee Nation we are furthering our goal of creating a stronger and more viable future for the next seven generations,” said Cherokee Nation Tribal Councilor Dick Lay. “Placing this land into trust in Ochelata represents the tribe’s commitment to the citizens of District 12 and their futures, and I am proud to be a part of that.”

Including the 240 acres at the Cooweescoowee Health Center, the Cherokee Nation has 61,709 acres of land in trust throughout the tribe’s 14-county jurisdiction.