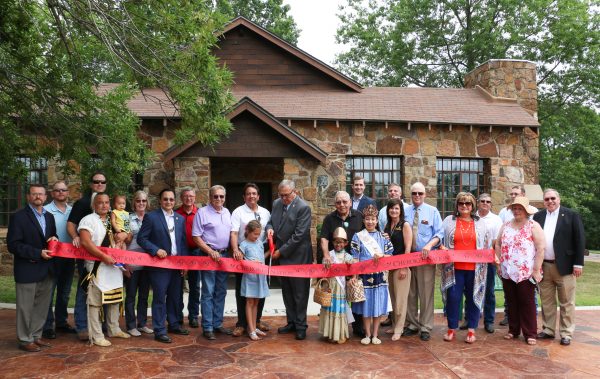 SALLISAW, Okla. – Cherokee Nation is opening Sequoyah’s Cabin Museum after acquiring the historic property from the Oklahoma Historical Society late last year. The popular tourist attraction was the home of legendary statesman and inventor of the Cherokee syllabary, Sequoyah.

“For years, people have traveled to Sallisaw to learn more about the man who revolutionized the way Cherokees communicate. We anticipate even more visitors in the coming years as we promote the unique offerings under the Cherokee Nation’s brand. From the educational awareness to the natural beauty of the landscape, there will be something for everyone when they visit the cabin.”

The cabin was constructed by Sequoyah in 1829 and welcomes more than 12,000 visitors each year. It was designated as a National Historic Landmark in 1966 and a National Literary Landmark in 2006. The homestead includes a one-room cabin and nearly 200 acres.

Cherokee Nation took ownership from the Oklahoma Historical Society in November 2016 when the state of Oklahoma was no longer able to operate and maintain the site due to budget cuts.

“Budget constraints at the state level allowed Cherokee Nation and the Oklahoma Historical Society to navigate the historic transition of such an inspirational and educational site,” said Cherokee Nation Chief of Staff Chuck Hoskin. “We assume the responsibilities as stewards and take that task very seriously. Sequoyah’s mark on our people is undeniable, and we will make his home a place of reverence in perpetuity.”

For more information or to purchase a Cherokee Passport, please visit www.VisitCherokeeNation.com.