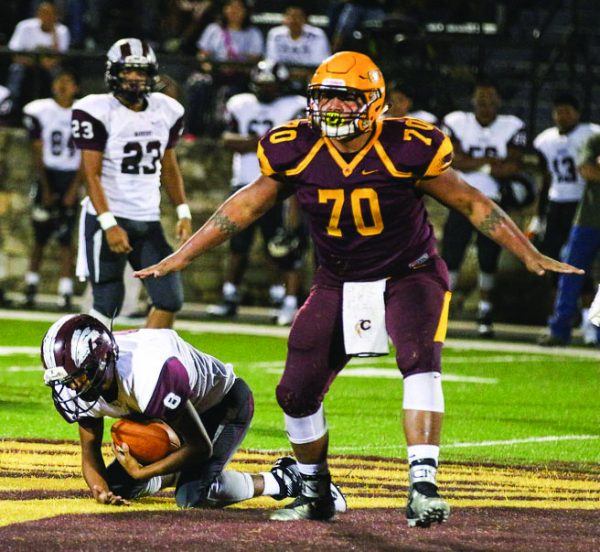 This year’s Braves finished their 2016 season at 9-5 and made it to the 1A West Regional semi-finals in the state playoffs. 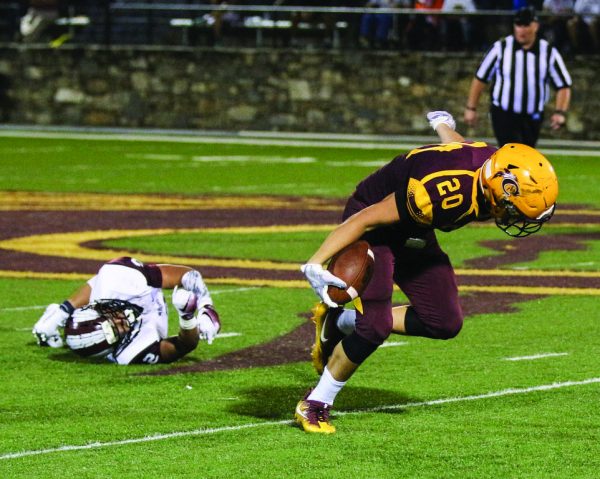 Mintz anchored a strong Braves offense and completed 134 of 240 passes for 1,870 yards, 14 touchdowns, and 11 interceptions.  He also rushed the ball 149 times for 1,028 yards and 16 touchdowns.  Straughan was one of Mintz’s favorite targets on the season and caught 44 passes for 518 yards and 6 touchdowns.

Locust was second on the team with 81 total tackles (both assisted and unassisted), two fumble recoveries and two sacks.  Perez added 61 tackles of his own in the stiff defensive front.

Cade Mintz caught 139 passes for 769 yards and 6 touchdowns.  Evans was the team’s leading rusher this season carrying the ball 203 times for 1,155 yards and 21 touchdowns.  Much of this season’s rushing totals are due to the strong offensive line that included Armachain at tackle. The Murphy Bulldogs, who won this year’s 1A State Championship with a 15-14 victory over Plymouth, had the most All-Conference players including: Joey Curry, Travis Seabolt, Isaac Stafford, Joe Deetz, Colton Posey, Kadrian McRae, Adam Powell, Luke Newton, and Slade McTaggart.

Murphy’s longtime coach, David Gentry, who won his seventh state title this season, was named Coach of the Year.  Murphy’s Joey Curry and Adam Powell were named Back of the Year and Lineman of the Year respectively.