WASHINGTON — Terri Henry, the Eastern Band of Cherokee Indians Secretary of State and current chairwoman of the Indian Law Resource Center board of directors, is one of 16 experts tapped to serve on the United Nations Permanent Forum on Indigenous Issues. She will begin her three-year term on Jan. 1, 2017.

“Terri is an excellent choice to serve in this important role,” said Robert T. Coulter, executive director of the Indian law Resource Center. “She has dedicated her career and life to advancing the human rights of indigenous peoples and to achieving justice for indigenous women at every level – domestically, regionally, and internationally.” 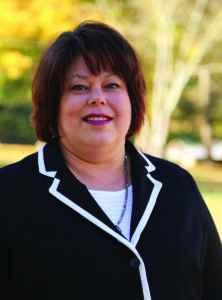 The Permanent Forum on Indigenous Issues is an advisory body to the United Nations Economic and Social Council (ECOSOC). The 16-member Forum provides expert advice and information on indigenous issues concerning economic and social development, human rights, culture, the environment, education, and health.

With more than 25 years of legal and practical experience in the fields of indigenous affairs and human rights, Ms. Henry is a recognized leader among her colleagues and peers.

Principal Chief Patrick Lambert commented, ““I appointed Terri to serve as the Tribe’s first Secretary of State because of her experience and advocacy at the tribal and national levels with significant expertise in international human rights norms and laws. I am confident that Secretary Henry’s career of service on behalf of our Tribe, and indigenous peoples both nationally and internationally, have left her uniquely well prepared to serve at the United Nations Permanent Forum on Indigenous Issues.”

Indians Tribal Council, including a two-year term as Chairwoman, making her the first woman to ever preside over the Tri-Council of the Cherokee Nations. She was

recently honored by the United South and Eastern Tribes for her work to pass the historic tribal criminal jurisdiction provisions in the Violence Against Women Act of 2013.

“The United South and Eastern Tribes Sovereignty Protection Fund (USET SPF) is thrilled to learn of Ms. Henry’s appointment to the Permanent Forum,” said Kirk Francis, USET Sovereignty Protection Fund.  “She is a respected leader with a long history of working on behalf of her Tribal Nation, USET SPF Member Tribal Nations, and all indigenous peoples. Due in large part to her tireless leadership, the 2013 Congressional Reauthorization of the Violence Against Women Act contains crucial provisions providing justice for the victims of domestic violence in our communities. Her dedicated work on behalf of this issue, and to promoting and protecting the inherent sovereign authorities of Tribal Nations across Indian Country, makes her incredibly well-positioned to elevate the voices and concerns of American Indians at the United Nations. I have no doubt that her work with the Permanent Forum will serve to advance Tribal sovereignty, both internationally and domestically,”

Henry continues to serve as the co-chair of the National Congress of American Indians Task Force on Violence against Women and, in that role, has helped submit a number of joint written statements to the UN Human Rights Council and its special procedures, including the Special Rapporteurs on the rights of indigenous peoples and on violence against women, the Working Group on discrimination against women in law and practice, and the Universal Periodic Review of the United States, as well as the Commission on the Status of Women.