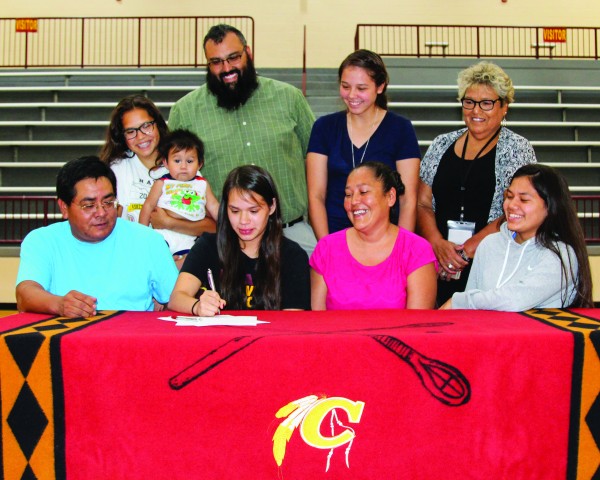 “I feel pretty good,” said Lele Lossiah after signing.  “I had some good coaches, (Coach) Mintz.  He pushed me when I wanted to quit.  He pushed me to keep my grades up and kept me in shape to play basketball.  He talked to me every day about my grades and made me go to tutoring, even when I didn’t want to.”

“I’m just sad,” said Eddie Lossiah, Le Le’s father, on having his daughter move away to play college basketball.  “I thought she did a great job and I am proud of her, even through middle school.”

“She had some good coaches throughout her career and she did great,” related Sonya.  “She is proof that if you go to school, work hard, play hard, you can do anything.”

Lady Braves head coach Chris Mintz noted, “It’s always gratifying to see a young lady work hard for four years and get to pursue her dream of playing college basketball and go to school.  I think she’ll do fine (in college), she can shoot the ball and it equalizes a lot of things when you can shoot the three like she can.  She hustles like crazy, and I think she is going to do fine out there.  It’s always good for younger kids to see someone fulfill their dream and know it’s out there if you want to go do it.  Hopefully, they’ll (younger kids) see that and we’ll have a few more signings in the years to come.”

Lossiah began her varsity career during the 2012-13 season as a freshman and helped advance the team to the 1A Western Regional Finals in the NCHSAA State Tournament.  During her sophomore season, she helped the Lady Braves advance to the 1A Regional tournament and was awarded a Smoky Mountain Conference All-Conference Honorable Mention.   Her junior year, she helped lead the Lady Braves to the NCHSAA 1A Western Regionals Final and was named to the 2014-15 All Smoky Mountain Conference Team.  During her senior year, she averaged 8 points per game for a total of 183 points, 90 of which were three-pointers.  She was also selected to the Second Annual West vs. Midwest All Star Game at Cherokee High School.

The Warren Wilson Eagles play in the Division II United States Collegiate Athletic Association.  The Lady Owls went 17-12 and finished their season with an 80-72 victory over Welch College. 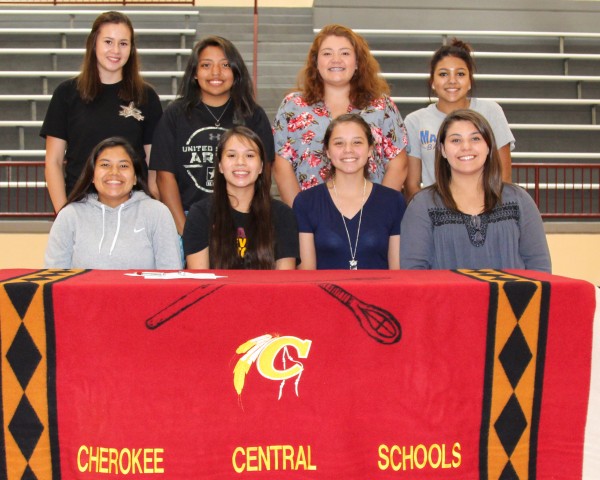 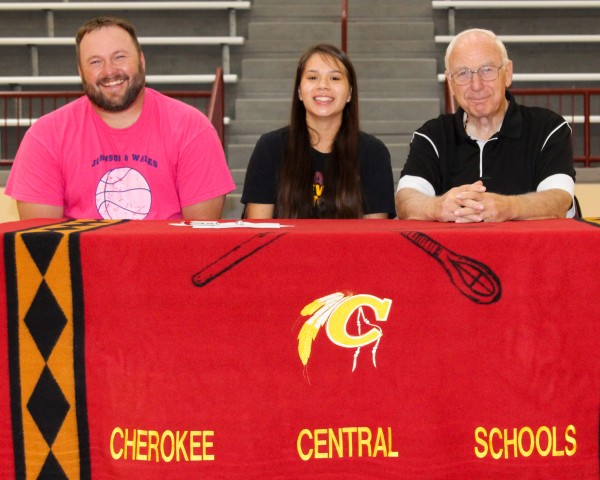 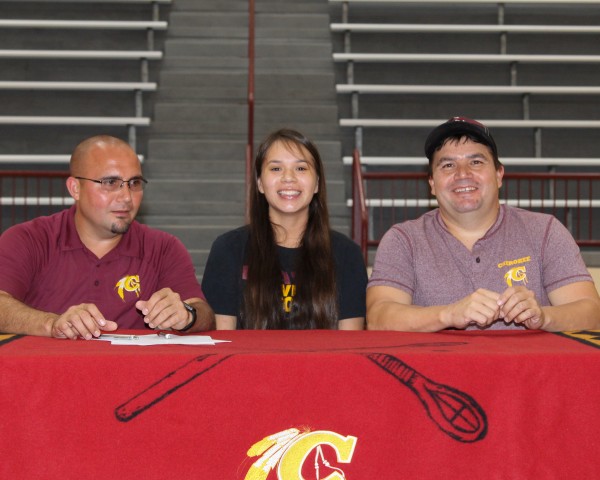