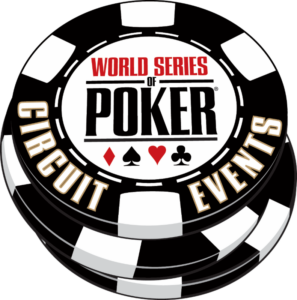 In what will be the biggest week-and-a-half of poker guarantees in the casino’s history, Harrah’s Cherokee Casino Resort is setting the stage to wrap up the 2015-16 WSOP (World Series of Poker) Circuit Season and begin the 2016-17 Season.  The twelfth season of the WSOP Circuit will conclude under the bright lights of ESPN with the 2016 WSOP Global Casino Championship, an official WSOP gold bracelet event, and a share of $1,000,000+ in prize money on the line – from Aug. 9-11, 2016. Players can still compete to enter the Global Casino championship Aug. 4 – 6.

In the same two weeks, Harrah’s Cherokee will also host the first WSOP Circuit Event of the 2016-17 season from Aug. 4-16, 2016; sandwiching the Global Casino Championship between a robust WSOP Circuit series featuring 12 official gold ring events, including a $1,675 buy-in Main Event and a $2,200 High Roller tournament.

This is a historic year for the  Global Casino Championship (formerly the WSOP National Championship).  For the first time ever, it will welcome players from the  WSOP International Circuit events. Players from venues in Morocco, The Republic of Georgia, Italy, the Czech Republic, and Canada will join the contingent of qualifiers from the domestic WSOP Circuit.

The 2015-16 WSOP Circuit Tour features 19 stops throughout the United States, including two stops in Cherokee, that ran August 6, 2015 through May 23, 2016. Additionally, six events were scheduled as part of the WSOP International Circuit that qualified for this championship.

*The WSOP Circuit Events and culminating championship are subject to tournament rules and restrictions. The timing, number and location of events are subject to change and all applicable gaming regulations.