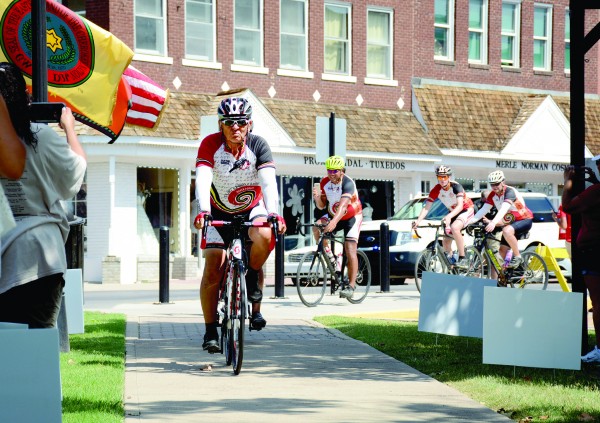 Eight Cherokee Nation cyclists and seven Eastern Band of Cherokee Indian riders traveled seven states starting June 5 to honor their Cherokee ancestors who were forced to make the trek on foot more than 175 years ago.

“When I look out at these fine young adults today, I see true leadership. I see a bond that has been formed that is like family, and I see Cherokee values like perseverance and fortitude. We are so proud of these young men and women,” said Cherokee Nation Principal Chief Bill John Baker. “Over these past three weeks, they have been asked time and time again, ‘Why are you doing this?’ And the answer is always the same, ‘To remember our ancestors and what they accomplished to come to a new land and start over. We will never forget their sacrifices, and we are here today thriving, stronger than ever, because of their strength.”

The cyclists started in New Echota, Ga., and traveled over three weeks across Tennessee, Kentucky, Illinois, Missouri and Arkansas to arrive in Tahlequah, Okla. 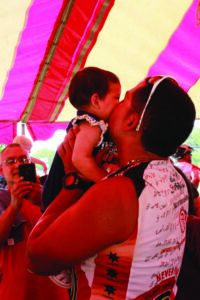 “This ride is an amazing journey. It’s vigorous and challenging, and I feel like we are taking away a family bond and a better sense of our tribe’s history, culture and ancestry,” said 2016 Remember the Removal cyclist and Cherokee Nation citizen Blayn Workman. “Because of this experience, I can also now tell others about what actually happened on the Trail of Tears. In school, you don’t learn about where they stopped along the trail or why they stopped or how many died, so now I can help further other people’s knowledge about the trail just as the ride helped further my knowledge.”

The cyclists visited various gravesites and historic landmarks significant to the history of the Trail of Tears, including Blythe Ferry in Tennessee, which was the last piece of Cherokee homeland the ancestors stood on before beginning the trek to Indian Territory. Riders visited Mantle Rock in Kentucky, which provided shelter to the ancestors as they waited for the Ohio River to thaw in order to cross safely, and also stopped to pray at Shellsford Cemetery in Tennessee, where Cherokees who died on the route are buried in unmarked graves.

Aaron Hogner, an EBCI rider, stated, “Even though we were one nation, our people were spread out and our ancestors joined together and helped one another finish the forced journey. For our riders to be able to come together as a family and not know each other beforehand, much like our ancestors, I think that has been a major takeaway and has made this a memorable experience.”

The Cherokee Nation started the ride in 1984 as a leadership program and so that Cherokee youth would never forget the hardships of their Cherokee ancestors. Of the estimated 16,000 forced to make the journey to Indian Territory, approximately 4,000 died due to exposure, starvation and disease.

For the first time since the program began, participants received three hours of college credit from Northeastern State University after completion of the ride. Also, the U.S. National Park Service awarded a $15,000 grant to the Remember the Removal Bike Ride for cyclists to promote the national parks along the trail.

The 2016 Remember the Removal Bike Ride included the following: 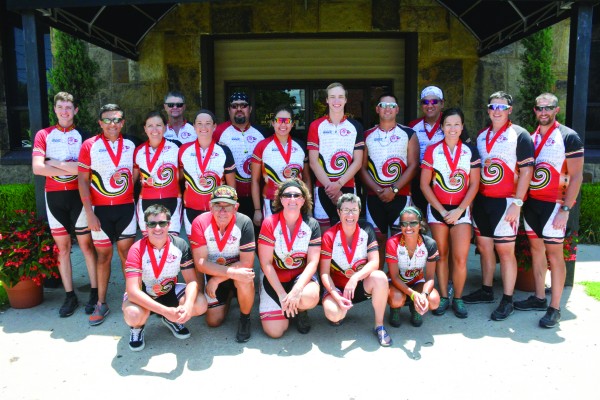