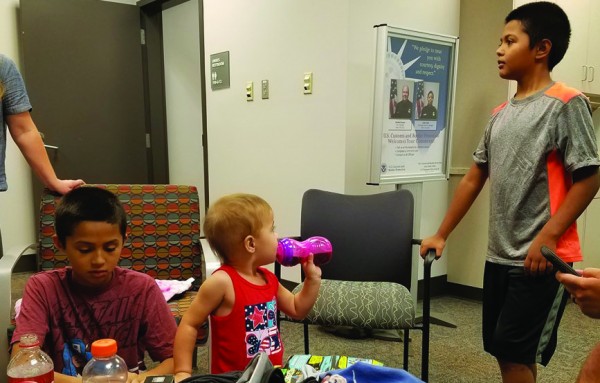 Three Cherokee children, missing since November 2014, have been found safely and were reunited with their families on Wednesday, June 22. (Photos courtesy of Owle Family)

According to Department of Justice officials, Ms. Mattocks was arrested recently in Mexico and is currently in federal custody on her way back to the United States.  She will have her first court appearance at the Atlanta (Ga.) Federal Courthouse although a date and time has not been set by press time.  Following that initial appearance, she will be transferred to North Carolina to appear on the charges in the Western North Carolina District.

According to a 10-page Criminal Complaint filed against Ms. Mattocks on Monday, June 20, “there is probable cause that Shira Elizabeth Mattocks violated Title 18, U.S.C., Section 1204, i.e., International Parental Kidnapping Crime Act of 1993 – at some point after November 14, 2014, when she fled to Mexico from the U.S. in an effort to evade her child custody responsibilities.” 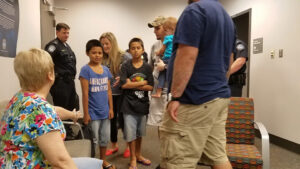 The Complaint alleges that Ms. Mattocks had child custody disputes with two men – Jonathan Reed Mattocks, the father of Evelyn, and Donald “Donny” James Owle, the father of James and Samuel.  The Complaint alleges that Donald Owle dropped off James and Samuel to their grandmother, Teresa Arneach Arreaga (Teresa), aka Teresa Lovins, in Cherokee on Nov. 14, 2014.

Donny Owle said on Thursday, June 23, the day after the children were returned to him and Reed Mattocks, that the families are very grateful and thankful to everyone who helped them get their children back.  “We got our main goal.  We got our kids back.”

Owle said the children are in good spirits, “Considering everything they’ve been through, they are doing well.  They’ve been smiling and joking.” 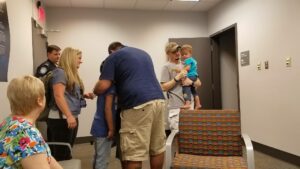 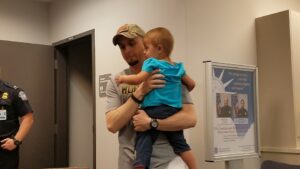