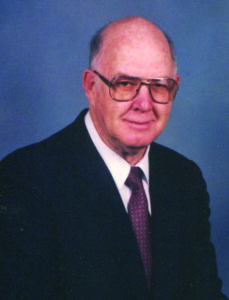 Clyde Taylor Bumgarner, 86, of Sylva passed away Thursday morning, June 16, 2016. He was born Oct. 2, 1929 in Jackson County.  He was the son of the late Charlie Fannon and  Hanna Lennis (Taylor) Bumgarner.  In addition to his parents, Clyde was also preceded in death by an infant brother, Wilford; and sisters Helen Johnson and Dorothy Davis.

Clyde was a U.S. Army veteran serving in Ft. Richardson, Alaska, and he was also in the Marine reserves in the 1950s.  He was a 1957 graduate of Western Carolina University.  During his time at WCU, he played football, was an assistant coach, and wrestled.

He retired in 1983 following 30 years of service with the BIA School System – Cherokee Indian Agency.  Clyde was a very active member of the National Federation of Federal Employees during his career in the school system.

Appalachian Funeral Services has been entrusted with all arrangements.