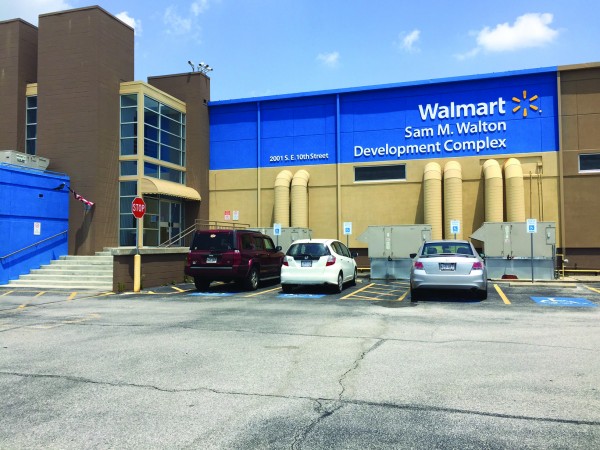 A deal between the Eastern Band of Cherokee Indians and the Walmart Corporation to locate a store on the Qualla Boundary in Cherokee is being discussed by tribal leaders.  The site being looked at is approximately 22 acres in the Yellowhill Community known as the Long Blanket Tract which is adjacent to the Cherokee Indian Hospital.

While at the Tri-Council meeting in Oklahoma, Principal Chief Patrick Lambert made time for a stop-over.  “I took the opportunity to get a meeting with Walmart’s Corporate Real Estate Division in Bentonville, Ark. at their company headquarters.  This spurred an on-site meeting in Cherokee the same day from Mike McGhee with Walmart North Carolina Real Estate Development.” 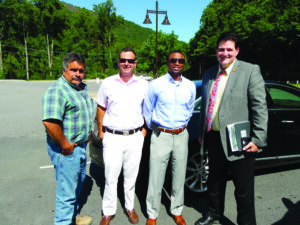 “We took them on an extensive tour of Cherokee, through most of the campgrounds in Big Cove,” Duvall said, “and, we went to Wrights Creek, Painttown Gym, the casino, the high school, the hospital, all over.”

Duvall said the men were impressed with the possibilities.

“The meeting was very positive with Mike McGhee indicating that there was great potential for a full Supercenter in Cherokee.  We have no firm commitments yet, but we have good indications that they will be working toward that.”

Duvall added, “It is very important, at this point, that we not make false promises.  We don’t have a Walmart yet.  We have a lot of work to do, but we are working very hard, and we have an administration and a Principal Chief that is working very hard to make this happen.”

It is too early, Duvall said, to discuss building specifics.