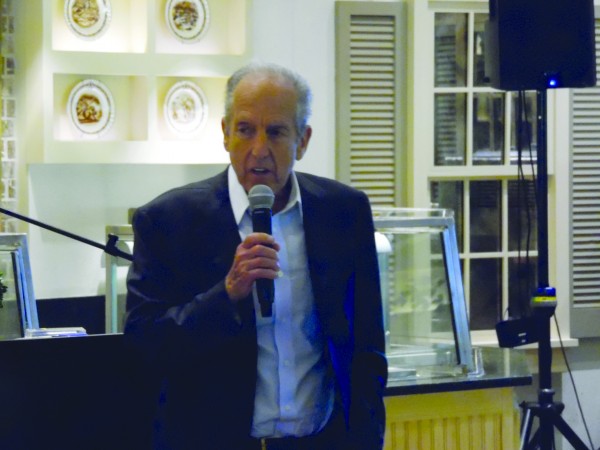 The Eastern Band of Cherokee Indians welcomed the Cordish Company, a retail development firm, to Harrah’s Cherokee Casino Resort on Tuesday, June 7. The visit was part of the ongoing efforts of the EBCI Executive Office, Tribal Council and Commerce Division to diversify the economy of the Tribe through retail development.

Principal Chief Patrick Lambert opened the meeting with a welcome to the Cordish Company, Tribal Council, members of the Harrah’s management team, and Tribal Gaming Commission Enterprise. He talked briefly about the research and relationship building that has taken place over the past few months with this company.

Next, EBCI Secretary of Commerce Mickey Duvall spoke about his research into retail developers as part of the process of identifying future sources of revenue for the Tribe. As he looked at potential developers to partner with, the Cordish Company kept coming up as one of the largest and most influential in his list. Another positive factor is the company’s long-standing relationship with the Seminole Nation and other working relationships with Indian Country. David Cordish, the chief executive officer, has made other visits to Cherokee to discuss the potential for retail development on the Boundary.

Cordish presented two video and his own biography concerning the company’s long history and connections. Much of the information in the videos are also in text form at their corporate website. The following is an excerpt from www.cordish.com 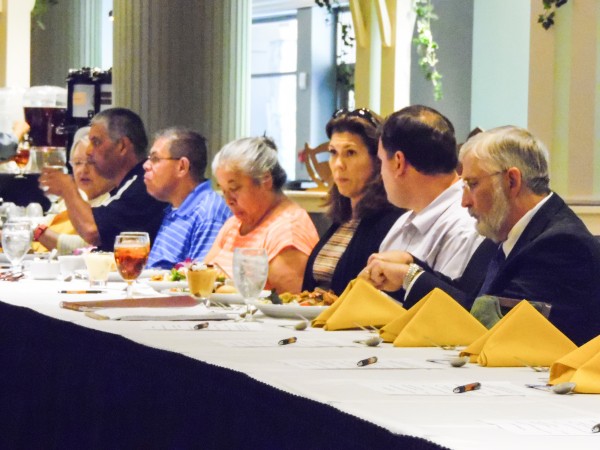 “The Cordish Companies is one of the largest and most respected developers in the world with extensive expertise in almost every discipline of real estate: Entertainment and Mixed-Use Developments, Sports Anchored Developments, Shopping Centers, Corporate Office, and Residential/Student Housing. Widely recognized as the leading international developer of large-scale, urban revitalization projects and entertainment districts, The Cordish Companies has been awarded an unprecedented seven Urban Land Institute Awards for Excellence which is more than any other developer in the world. Many of The Cordish Companies’ real estate developments involve public/private partnerships and are of unique significance to the cities in which they are located. Prime examples are The Cordish Companies’ prominent role in the redevelopment of Baltimore’s world famous Inner Harbor; Philadelphia, PA; Atlantic City, NJ; Charleston, SC; Houston, TX; Louisville, KY and Kansas City, MO. 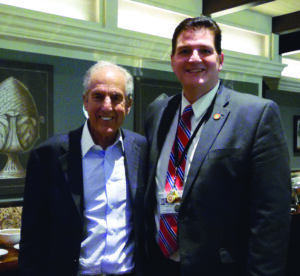 “The Cordish Companies has received international acclaim for its hospitality developments. This division focuses on developing and operating best-in-class, high-profile gaming and lodging destinations. The Cordish Companies is proud to have developed several of the most successful gaming and resort destinations in the world including the Seminole Hard Rock Hotel & Casinos in Hollywood and Tampa, Florida; Maryland Live! Casino in Hanover, MD and Charleston Place in Charleston, SC.

“The Cordish Companies has leveraged its operating and investment expertise to diversify into a number of related businesses including Cordish Media, Inc. and Cordish Private Ventures, Inc. For example, The Cordish Companies founded Seventh Art Releasing in 1994 which is an industry leading independent film distribution company which has been repeatedly singled out as one of the most profitable and longest standing true independent distributors. Cordish Private Ventures, Inc., founded in 1998, serves as the private investment arm of The Cordish Companies, as well as an investment manager with funds such as the US Select Private Opportunities Fund, LP.

“The Cordish Companies enters its eleventh decade well-capitalized and highly energized to continue its growth.”

Cordish spoke to the assembly on Tuesday about being impressed by the leadership of the tribe, saying that the tribe has an advantage in that they are more “sophisticated” than many other tribes with regard to casino operations and expansion.

He praised the Tribe for its drive to diversify and attempting to be proactive when it comes to potential threats like efforts to legalize gaming in the state of Georgia. “It is not a joke.” stated Cordish. He talked about leveraging and enhancing the current traffic to the tribal casinos by building retail outlets that will compliment that current customers and attract new clients. He referred to this marriage of casino client and retail outlets as the “secret sauce” to successful retail development in communities with gaming as a primary source of revenue.

He emphasized that this is a time of learning for the tribe and for the company. Cordish state that he is interested in a working relationship with the tribe that he feels will be a “win-win” and there is still much to learn before the tribe and the company will have a comfort level with specifics of any retail development.

Tribal Council had questions for Cordish as he opened the floor for questions. Painttown Rep. Tommye Saunooke asked about clothing outlets to allow EBCI tribal members to shop on Boundary instead of travelling to Asheville. Cordish responded that he will continue to work with EBCI Commerce in getting a development plan together as the relationship moves forward that would include clothing outlets. Rep. Saunooke also asked whether the company is willing to invest financially in the project.

Cordish said that, while the relationship is not to the point of talking about financing, he doesn’t have any problem putting “skin in the game”.

Big Cove Rep. McCoy asked if the company “gives back” to the communities that they work in. Cordish said that a big part of his company’s philosophy was about charitable giving to communities.

Yellowhill Rep. Ensley questioned Cordish about the potential for a large sporting goods outlet to be a part of the overall development plan and Cordish said that it would be possible to reach out to the retail owner to see if that could be made part of the plan.

Cordish, who had been taken on a tour of not only the Cherokee gaming operation, but several  large municipal projects like the Cherokee Central Schools and Cherokee Indian Hospital, was very complimentary about the success and direction of the tribal construction efforts. “I was taken on a tour and saw your school and your hospital. It is amazing. There are very few Native American tribes, very few, who have a school like yours. It is just fantastic,” he said.

Chief Lambert spoke to his desire to pursue diversification as quickly as is practical and emphasized that he is committed to the growth of the Cherokee economy. Chief Lambert stated that all aspects of growth and impact need to be addressed from the need for additional parking to residential expansion. In addition to tribal family homes, employee housing presents challenges and opportunities as EBCI considers expansions in operations. Harrah’s Cherokee

Harrah’s Cherokee General Manager Brooks Robinson expressed his agreement that any plan for growth needed to consider expanded opportunity for housing, “One of the major challenges that we find here, from an employee standpoint is the drive to work and having this western North Carolina market employee base. It is something that, as we intend to grow, especially as we add more retail and more jobs, that we need to be paying a lot of attention to”.

After the meeting concluded, Chief Lambert shared his thoughts on the meeting.

“Revitalizing and diversifying our local economy is a major priority of my administration.  Since cleaning up the streets in town and refocusing Tribal programs and working to repair our infrastructure, I have been hard at work recruiting new ventures to Cherokee.  For the past several weeks, I have been in talks with David Cordish of the Cordish Company.  Along with Tribal Council, we share a vision that Cherokee can and should grow its retail, food, and entertainment venues that serve not only tourist but locals as well.

“Working with David Cordish is refreshing because he has done business with other Indian tribes and understands the special character of our business environment when it comes to dealing with the BIA and our special land status.  I believe that we can create new entertainment, retail and food venues that will not only help capture more revenue from our visiting public but will also create a shopping area that our local tribal members can visit for their shopping and entertainment needs.

“Diversification and new ideas are propelling the conversation.  We are on the cusp of doing something really great for our people.  Our efforts will help ensure diversification of our economy to ensure that we don’t have too many of the Tribe’s eggs in one basket.

“I promised a program and administration that would ‘jumpstart’ Cherokee, and I’m working hard with Tribal Council to accomplish and secure new ventures for our tribal economy.  I’ll continue working towards moving our Tribe into a more secure and successful position than it is today.”

Big Cove Rep. Richard French had a positive outlook after the meeting. “I think this is a great opportunity for the Tribe. If we can get these outlets here, it will only open up more opportunities to capture other types of businesses to come to Cherokee. It will create jobs for our enroll members. It makes us more of an anchor.”

Contacted for his comments on the potential Cordish business relationship, Vice Chief Rich Sneed said, “I believe that it is imperative that we expand our retail options in Cherokee.  The window of opportunity that is before us is one that we cannot afford to miss.”