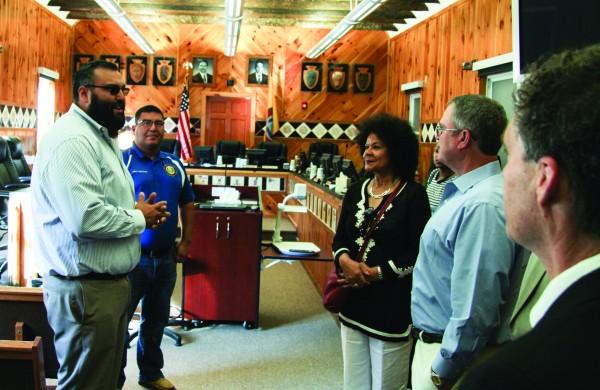 Boxing and mixed martial arts events are growing in popularity, and in 2014/15, the North Carolina Boxing Authority issued more than 1,800 licenses to promoters, managers, fighters, cornermen and others associated with the sports.  That number is up from 1,400 the year before and shows the growth in the sport says N.C. Boxing Authority officials who visited Cherokee on Friday, June 10 at the invitation of Cameron Cooper, an EBCI tribal member who joined the organization as a commissioner in November 2014.

“I think bringing them here shows the way that we can potentially grow North Carolina venues because we do have a casino, and as we all know MMA is growing…and one of the places they like to be around is casino towns,” said Cooper of the Authority members’ visit to Cherokee.   “If we could potentially figure out ways to bring them more into western North Carolina and utilize our casino, that’s more tourism dollars, that’s more casino dollars, that’s everything that’s going to the state and to us as well.”

Cooper said he would like the Eastern Band of Cherokee Indians to look into possibly building a major event center to host such events as the venue at Harrah’s Cherokee Casino Resort is fine for concerts but is not laid out well for boxing and MMA events.  “We don’t have that type of building west of Asheville and in this region that is close to the casino.  If we do, then, that’s potentially a way to bring these types of events here to the reservation but also to western North Carolina as an economic driver.”

He said the Authority is hoping to be able to go out to actively promote North Carolina as a spot for larger fights and events.  “At the end-of-the-day, if you get a larger event like the UFC, you’re talking 20,000 people just in attendance.  That doesn’t count the people that are going to be here that can’t get tickets, but just want to be in the area for the weekend.  So, there’s a lot of money and missed opportunities.” 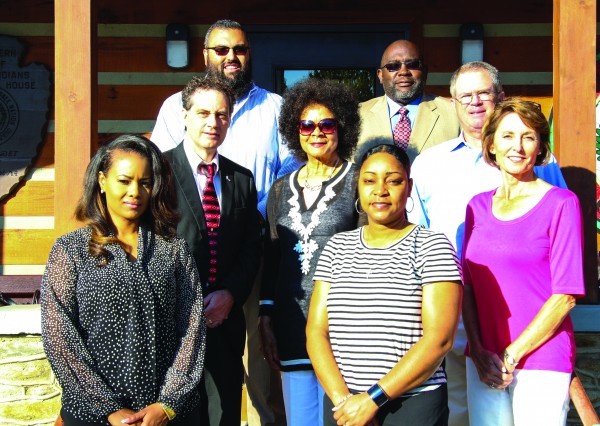 William A. Dudley, N.C. Boxing Authority chairman, commented, “It is a great trip because it has helped us to understand what is going on here in this part of the state and forge the kind of relationship that is going to allow great and greater things to happen for boxing in the state of North Carolina.  It is an evolving sport and every area of the state needs to be involved in that process.”

He praised Cooper’s work so far on the Authority.  “He brings a new, different, and exciting dimension to us as we plan and think about moving forward.  It’s about economic development.  It’s about participation for our citizens of this great state, and it’s about understanding as we develop so we’re excited about it. This has been one of the healthiest opportunities we’ve had as part of this Commission.”

Mickey Duvall, EBCI Secretary of Commerce, related, “This could be a very great thing if we could get a convention center or sports complex that we could host boxing.  It would bring people here.  It goes good with casinos so I think it would feed our casino.  It would feed our economic development and commerce.”

Cherokee County – Snowbird Rep. Adam Wachacha met with the Boxing Authority members while they were in Cherokee and said he was very pleased with the possibilities that arose.  “I know in the past they used to have Tuesday Night Fights at the casino, and that’s a part that I would like to see brought back to this area due to the fact that the local people here really enjoy boxing and UFC fighting.  I think it would be something that could draw different interests besides just gaming into the town, and that could also pass over into our gaming industry as well.”

He added that it could lead to another opportunity for the Tribe.  “We don’t have sports booking currently at the casino and that may be an opportunity here with the Commission that we could possibly get that.”