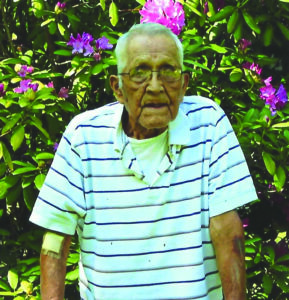 Tommy Littlejohn, 82, of Cherokee passed away Monday, June 6, 2016 at the Cherokee Indian Hospital with his loving family by his side.

He was born Feb. 10, 1934 in Cherokee to the late Henson Littlejohn and Leewee Crowe Littlejohn.

Visitation will be held on Wednesday, June 8 beginning at 4 pm at the Macedonia Baptist Church where the body will remain until the hour of service on Thursday, June 9 at 2 pm.  Pastor Dan Conseen and Brother Wayne Carson will officiate.  Burial will follow at the Lower Littlejohn Cemetery.  Pallbearers will be nephews.