Remember the Removal Riders given send-off 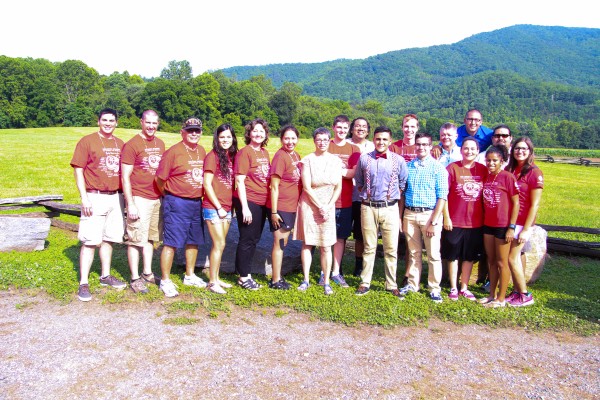 While working as an intern with the Cherokee One Feather three summers ago, J.D. Arch worked as support staff for the Remember the Removal Ride documenting the event as he went for the paper while helping the riders along the way.  This time, he’ll be documenting the event with his eye from the seat of a bike as a rider himself.

“It’s a little overwhelming,” the EBCI tribal member said.  “Some people might look at this like, ‘it’s the Removal Ride again’, ‘we’re here doing this send-off again’, but all of the riders that are going this is the first time that we’ll be able to see these different things.”

Arch’s time on the three-week, 950-mile event which retraces the northern route of the Trail of Tears through North Carolina, Tennessee, Kentucky, Illinois, Missouri, Arkansas and Oklahoma inspired him to try the ride himself.  “That ignited inside of me a passion to be on this ride, and so I’m honored and humbled to be a part of this group.”

He wants everyone to share his enthusiasm for the event.  “Everyone says that I’m the loud and the boisterous one.  People always ask, ‘why are you always so happy and always getting people going?’ And, I say because I am so honored that you guys are a part of this, and I want you to feel a little bit of what I feel to bring forth.  I don’t believe Cherokees are a solemn people.  For as much laughter as you see when we’re just out and about. It’s about laughter.  It’s about love.  It’s about passion.  Those things drive a family together, and that’s what brings us together.” 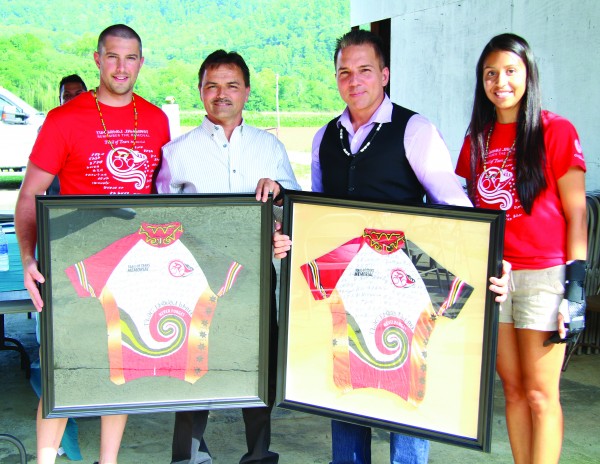 A send-off event was held in honor of the riders on Friday, June 3 at the Kituwah Mound.  “This journey is not a re-recreation of what we went through,” Principal Chief Patrick Lambert told the riders during Friday’s event, “it is in commemoration of that and in remembrance of that and to show the people and to help people learn about that history.  So, it’s not a re-creation, and that’s one thing that I find really good and really special about this is that it’s about education.  It’s about remembrance.  It’s about honor.”

Jake Stephens, an EBCI tribal member who participated in the Ride in 2015, gave this year’s participants some pointers.  “I know you guys have trained hard for the past five months to get ready leading up to this time, but it’s about to get real now.  This little bit of heat right now is nothing compared to what you’re about to face.  But, when you do start facing that, those hard days of thinking you’re not going to be able to make it, the heat’s getting to you, one thing I always liked to do is look up to the rider in front of you and try to read some of the name on the back of their jerseys.”

He went on to say, “Some of you may not know, the syllabary written on the back of the jerseys are actual names from the petition that was signed to try to avoid the Removal, so those are not just random syllabary on the jersey, but those are actual names from the petition.  When you’re reading those names or trying to read those names, it’ll help you remember the reason you’re out there.”

In a statement provided to the One Feather, Cherokee Nation Principal Chief Bill John Baker commented, “These young men and women will travel along the same path their ancestors traveled.  They will learn incredible lessons in Cherokee tribal history, as well as teamwork and personal perseverance.  This is one of the most unique and challenging leadership development programs that I could imagine.”

The cyclists are due in Tahlequah, Okla. on Thursday, June 23.  To keep up with their journey, follow them at www.facebook.com/removal.ride.