Wonderland Hotel Annex burns to the ground in Park 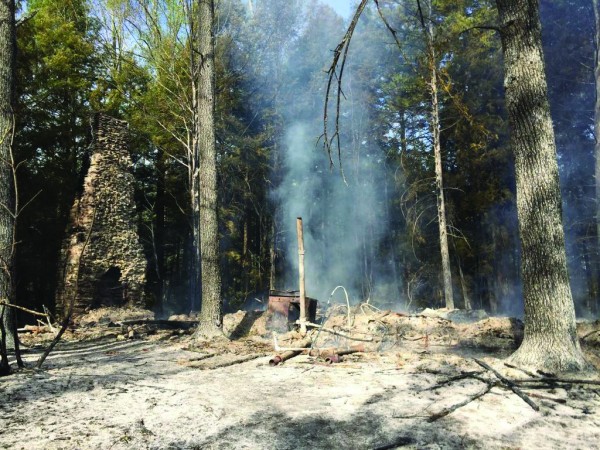 An 8,600 square foot structure associated with the former Wonderland Hotel in the Elkmont area of Great Smoky Mountains National Park burned to the ground on Tuesday, April 19. (NPS photos)

An 8,600 square foot structure associated with the former Wonderland Hotel in the Elkmont area of Great Smoky Mountains National Park burned to the ground on Tuesday, April 19. The fire was reported by a park visitor at approximately 7:15am.  The Park fire management crew and Gatlinburg Fire Department responded to the area.

The Wonderland Hotel Annex was a two-story frame building that sat approximately 10 yards from the main hotel structure. The building contained 24 guest rooms, a common area, and a screened porch.  In December 2006, the structurally-failed Wonderland Hotel was removed after a selection of historic materials was salvaged for conservation in the park’s museum collection. The annex structure was slated for removal pending available funding. 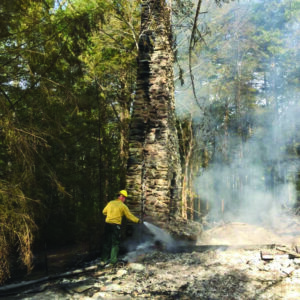 A NPS fire crewman works to save the chimney.

The fire was contained to the immediate area of the structure covering approximately 0.5 acre. The area is bounded by gravel roads and a dense alluvial forest of hemlock and rhododendron which slowed the spread of the fire. Park crews will continue to monitor hot spots and burning snags over the next several days. The area surrounding the Wonderland Hotel site is closed to the public. Elkmont Campground and all trails in the area remain open. 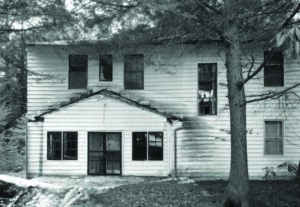 The Wonderland Hotel is shown in this undated photo.

The Elkmont Historic District was placed on the National Register of Historic Places in 1994. Upon its registration as a Historic District, it was comprised of 74 cottages, outbuildings and the Wonderland Hotel with 49 of the structures noted as being of significance to the District. Following a planning process in 2008, a Memoranda of Agreement was executed by the National Park Service, State Historic Preservation Office, and the National Advisory Councils for Historic Preservation that calls for the preservation of 19 structures and the removal of the remaining structures, including the Annex, as funding becomes available.