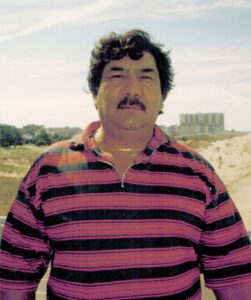 Leland Welch, 69, of the Jackson Branch Community in Robbinsville, passed away on Saturday, April 16, 2016 at his residence. He was the son of the late Larch and Stacy Crowe Welch.

In addition to his parents, he was preceded in death by his daughter, Sydney Jackson; brother, Everett Welch; and father-in-law, Clarence Jackson.

Funeral services will be held at 7pm on Wednesday, April 20 at Little Snowbird Baptist Church. The Reverend Paul Teasdale will officiate. The family will receive friends from 5-7pm at the church, prior to and after the service at the church. Committal services will be held at 11am on Thursday, April 21 at Jackson Cemetery on Jackson Branch Road. Townson-Smith Funeral Home is in charge of the arrangements. An online register is available at www.townson-smithfuneralhome.com.