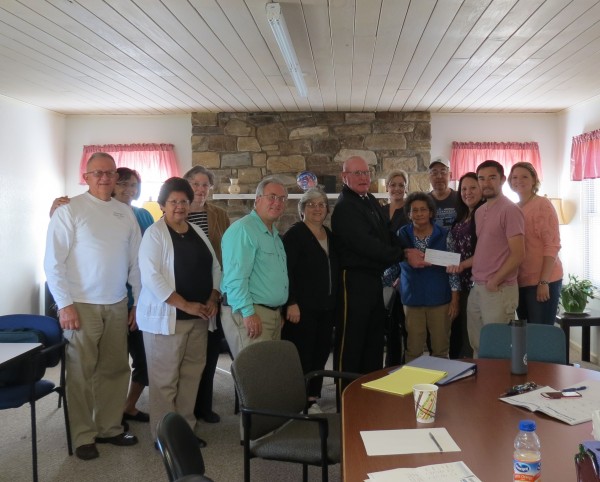 Cherokee Runners held their annual meeting on March 19 to elect new officers and make plans for the coming year.  The main topic of discussion was the 2016 Moccasin Run, which was a huge success.  A portion of the registration fee was designated for the Cherokee Cancer Support Group, the Runners presented a $700 donation to them at their board meeting on Monday, March 28.

Cherokee Runners officials said, “We would like to thank our sponsors, Chief Lambert, Vice Chief Sneed, Cherokee Police Department, Cherokee EMS, Cherokee Boys Club, Cherokee Transit, our volunteers, and most of all, the runners for making it our most successful Moccasin Run yet.  We are already planning and looking forward to our 5th Moccasin Run in February 2017.”

Runners and walkers of all ages and abilities are welcome to join the group.  The next meeting is scheduled for Saturday, May 7.  That day, the group will run the Mother’s Day 5K at Kituwah and then have their regular meeting at Cork and Bean at 16 Everett Street in Bryson City.