BASKETBALL: Braves vault into first place with win over Hayesville 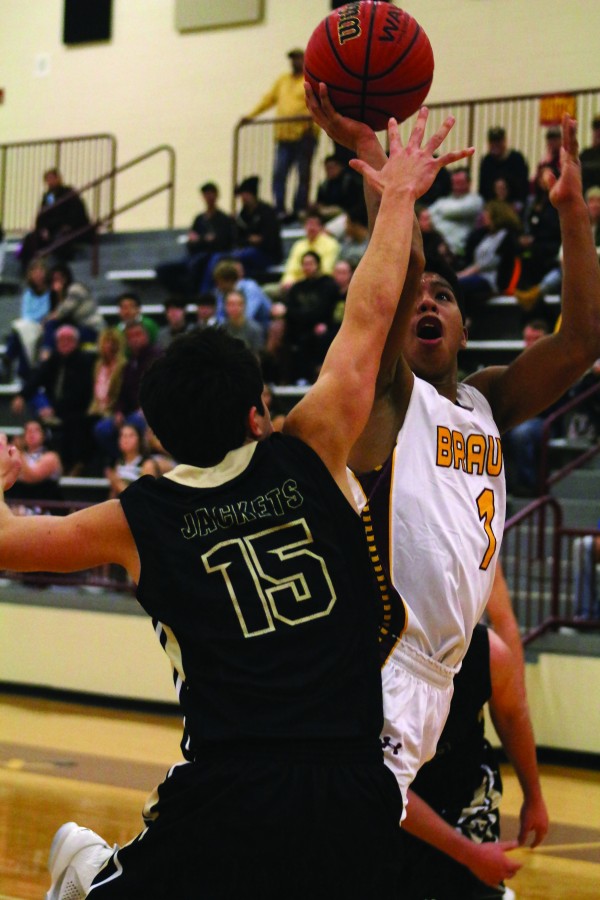 The Cherokee Braves (15-3, 7-1) vaulted into first place in the Big Smoky Mountain Conference with a 109-80 home win over former first place holder Hayesville (13-4, 6-1) on Tuesday, Jan. 26.  Cherokee, who is on a seven game winning steak, shot well from the floor (63 percent) and had four players in double digits on the night as they avenged an early season loss to the Yellow Jackets.

“It means a lot,” said Willis Tullos, Braves head coach.  “If we win our next four conference games, then we’ll be the Smoky Mountain Conference champions and that means a lot.  This was a big ballgame for us, and our kids played great.  I can’t tell you how proud I am of them.  They stepped up when it was time.”

Coach Tullos related that Hayesville has two college basketball prospects on their team and added that Cherokee has some as well, “If someone can’t see that we’ve got some kids that can play college basketball after this game, they’re crazy.” 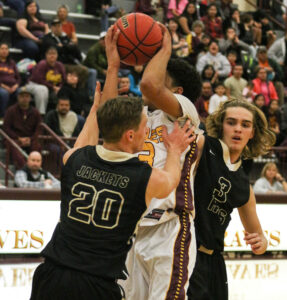 The first period was very close.  So close in fact that there were seven lead changes in the first four minutes.  At the midway mark, Cherokee grabbed a 16-13 lead and would not relinquish it again.  They went on a 12-8 run for the remainder of the period to lead 28-21 at the end of the first.

Cherokee outscored Hayesville by 10 points (30-20) in the third period and led by 25 (83-58) going into the fourth.  The fourth period was closer with both teams getting some good bench play, and Cherokee cruised on to a 109-80 victory.

Hayesville was led by Braxton Cox with 28 points followed by Zach Cottrell 22 and Josh Cottrell 15.

To view or purchase photos from this game, visit: https://onefeather.smugmug.com/SPORTS/BASKETBALL/BRAVES-BASKETBALL-201516/Vs-Hayesville-January-26/