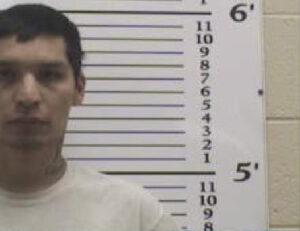 Cherokee Indian Police Department (CIPD) Officers responded to a report of a physical assault on Saturday, Jan. 16 at 6:42pm at 133 Lee Taylor Rd. in Cherokee. Upon arrival, officers spoke to the female who reported the incident.

After the on-scene investigation, CIPD officers placed her boyfriend, Charles Evan Stamper, under arrest and transported him to the Tribal Courthouse.

At the time of the incident, Stamper was employed at the Cherokee Indian Police Department as a Traffic Enforcement Officer. As of Jan. 19, Stamper resigned employment at CIPD.