BASKETBALL: Threes were raining in Braves’ win at Andrews 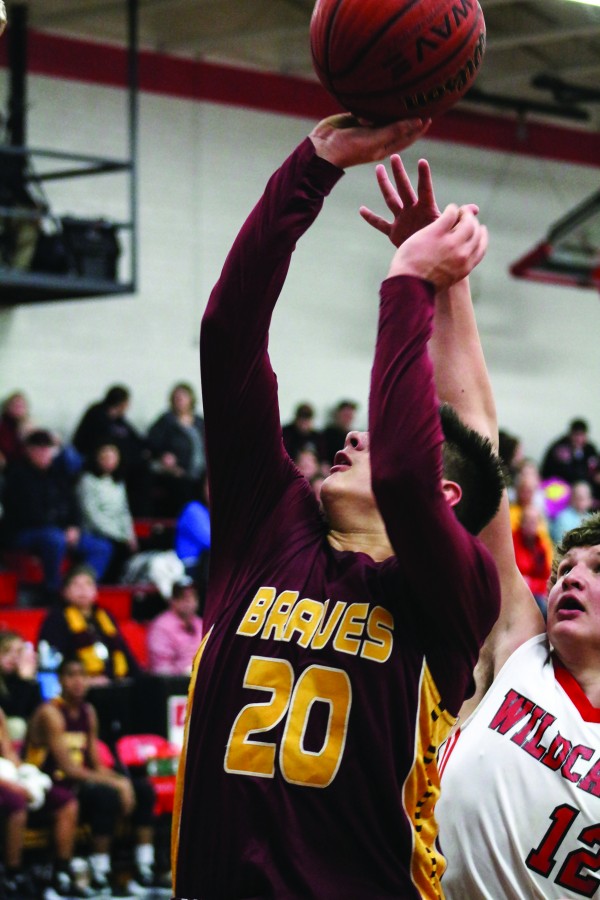 Cherokee’s Holden Straughan (#20), sophomore forward, goes for a shot against Andrews’ Cody Mathis during an away game on Tuesday, Jan. 19. On the night, Straughan had 19 points, 2 assists and 2 steals. (SCOTT MCKIE B.P./One Feather photos)

ANDREWS – The three point shots were raining from the sky all night long as Cherokee (14-3) and Andrews (4-10) combined for a record-setting night at Andrews on Tuesday, Jan. 19.  Cherokee shot 49 three-point shots and Andrews shot 28 for a combined 77 total which is a new North Carolina state record beating the old mark of 68 set by Freedom (32) and West Charlotte (36) on Feb. 28, 2003.

Cherokee, led by senior points point Jason McMillan with 35 points, 5 assists, 5 rebounds and 8 steals, won the high-scoring game on Tuesday night by a whopping score of 117-90.

“We played good offense,” said Willis Tullos, Braves head coach.  “We didn’t play much defense at all…we shot the ball really well.  Overall, it wasn’t a very good defensive effort, but we can shoot the ball well, and a lot of times when you’re focusing on shooting, the defense is not there and that’s the way it was tonight.”

The Braves had four players in double digits including McMillan 35, Holden Straughan 19, Justus Day 16 and Logan Teesatskie 10.  Cherokee also hit the boards well in this game led by Teesateskie with 8, Tye Mintz 7 and Kennan Panther 6. 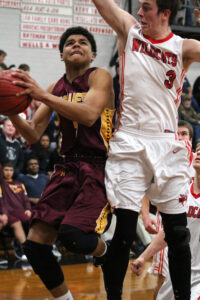 For such a high-scoring affair, it started out slowly with both teams missing shots early.  Cherokee, who never trailed in the game, led 9-4 midway through the first period, but Andrews came back to within one point (9-8) at the 3:33 mark.  In the last 38 seconds of the period, McMillan scored not once, but twice, on four-point plays (three-point shot with a foul and a free throw) to give the Braves a 35-18 lead after the first.

The Braves led by as many as 20 points in the second period and ended up leading 68-52, a final score in many games, at the half.

Cherokee kept the scoring blitz going in the third period and outscored Andrews 28-13 to lead 96-65 going into the fourth.  The Braves were able to get lots of play from their bench in the final period as they would cruise to a 27-point win (117-90).

To view or purchase photos from this game, visit: https://onefeather.smugmug.com/SPORTS/BASKETBALL/BRAVES-BASKETBALL-201516/At-Andrews-January-19/