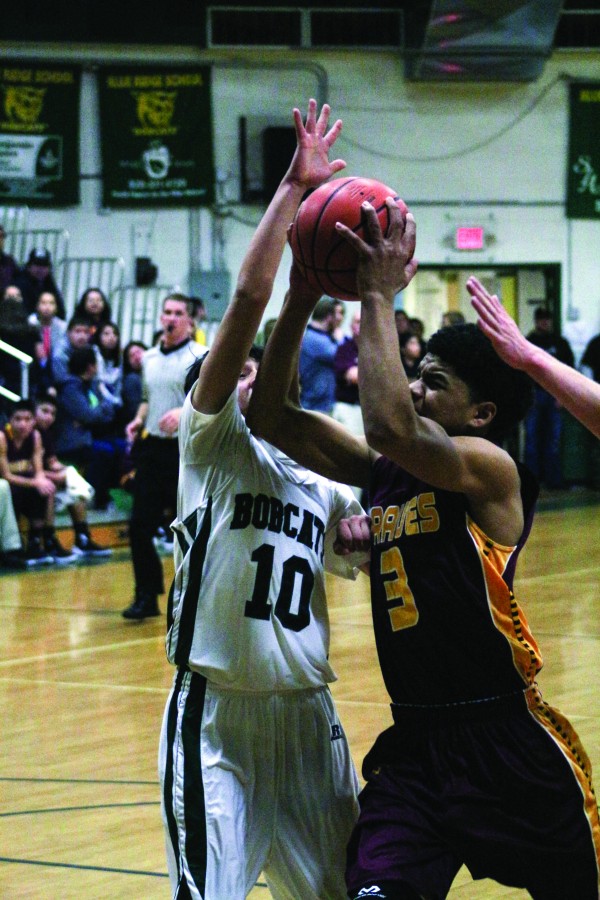 “It was one of the worst games we’ve played all year,” said Willis Tullos, Braves head coach.  “We were really, really poorly prepared.”

He said the Braves struggled in all areas including shooting, ball handling and rebounding.  “We just had a really bad ballgame.  We work on these things every day, but we just didn’t come in here ready to play and we didn’t have any intensity.” 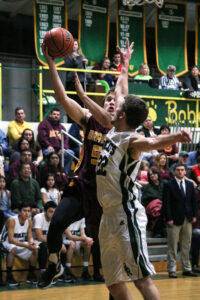 There were a few baskets hit in the final minute and Cherokee led 38-19 at the half.

The third period was slow.  Both teams struggled with shooting.  Cherokee hit a few and outscored the Bobcats 11-2 in the third to take a 49-21 lead into the fourth period.

Tye Mintz led the Braves with 8 rebounds followed by Logan Teesateskie with 5.

To view or purchase photos from this game, visit: https://onefeather.smugmug.com/SPORTS/BASKETBALL/BRAVES-BASKETBALL-201516/At-Blue-Ridge-January-15/