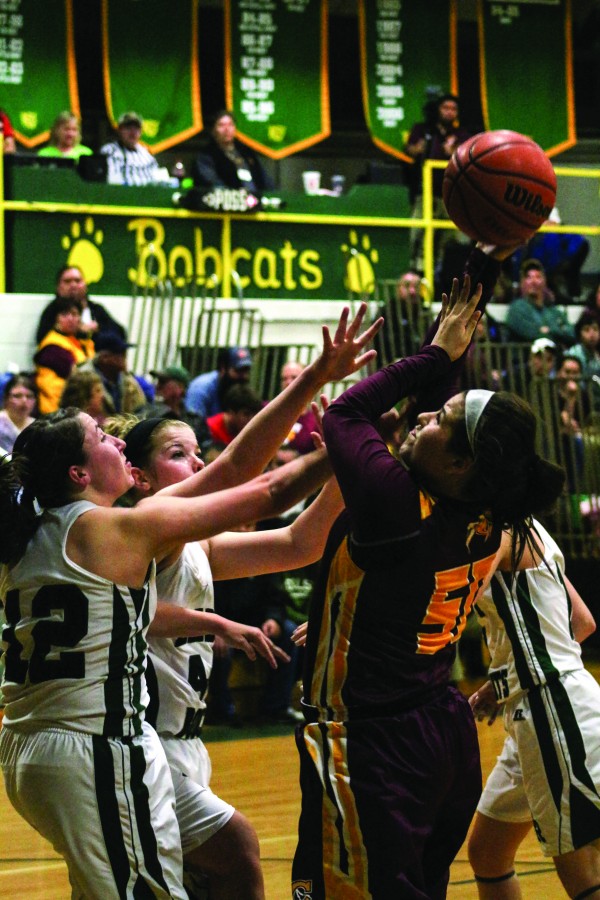 CASHIERS – The Cherokee Lady Braves (12-3) more than tripled the offensive output of the Blue Ridge Lady Bobcats in an away game on Friday, Jan. 15.  Pooh King, junior point guard, led Cherokee with 23 points as the Lady Braves cruised to a big 69-21 win.  Following a slow start, the Lady Braves scored 20 unanswered points in the latter part of the first period and the start of the second period.

“I thought we had our ups and downs,” said Chris Mintz, Lady Braves head coach.  “We didn’t shoot the ball well.  They weren’t giving us much pressure on our shots.  I think we were too wide open on some of them and we kind of hesitated, but overall we got through it and got through it with no injuries so that’s all you can ask.”

This game started slowly with both teams having shooting issues early.  The first bucket of the game came two minutes in when King sunk one in the paint.  After that, Cherokee jumped out to a 9-0 lead midway through the first.

Blue Ridge’s Anna Stewart hit a three-point shot at the 3:34 mark of the first, the Lady Bobcats’ first basket of the game.  They added five more unanswered points in the next minute to make it 9-8. 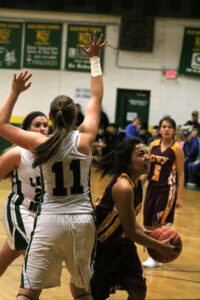 The Lady Braves continued their press causing turnover after turnover, and they scored the first nine points of the second period to make it 29-8 at the 5:34 mark and marking 20 unanswered points.

Cherokee shut down Blue Ridge in the second outscoring them 23-6 to take a 43-14 lead into the locker room.

The Lady Braves blazed out for the third period and went on another 11-0 run in the third three minutes.  At the 5:22 mark, King stole the ball and drove the lane for an easy layup to give Cherokee a 40-point (54-14) lead thereby invoking the NCHSAA mercy rule.

With the clock running, the fourth period flew by and Cherokee went on to a 69-21 win.

To view or purchase photos from this game, visit: https://onefeather.smugmug.com/SPORTS/BASKETBALL/LADY-BRAVES-BASKETBALL-201516/At-Blue-Ridge-January-15/