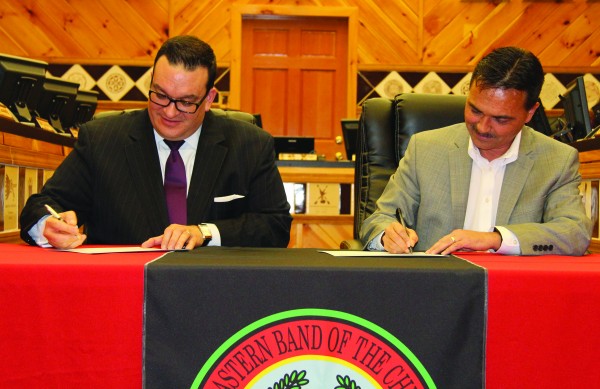 Principal Chief Patrick Lambert and Rafael Lopez, Commissioner in the Administration on Children, Youth and Families within the U.S. Department of Health and Human Services, signed the finalized Title IV-E plan for the Eastern Band of Cherokee Indians on Thursday, Jan. 14.  The plan – which gives the EBCI Family Safety Program the ability to operate Foster Care, Adoption Assistance, and Guardianship Assistance Programs –  was approved by federal officials in a letter to the Tribe in October 2015.

“Today marks a very important milestone in the history of our Tribe,” Chief Lambert said during the signing event on Thursday.  “It not only acknowledges the work that our staff is doing on behalf of the children and families for the Cherokee Tribe, but it also marks an important day for the sovereignty of our Tribe.  It shows the importance that the federal government is placing on the relationships with tribes.”

Chief Lambert said that on Oct. 1, 2015, the Tribe became only the seventh in Indian Country to have direct access to a Title IV-E plan.  “This places the Eastern Band of Cherokee Indians in an elite group of tribal welfare providers and raises the Tribe to the highest level of recognition in the eyes of child welfare professionals across the nation.  Not only does the Title IV-E plan and program bolster credibility and provide for implementation for quality services, standards and adherence to best practices, it also serves as the foundation for the Eastern Band of Cherokee Indians to support the safety and permanency and well-being of the Tribe’s most vulnerable children and families.”

He went on to praise the EBCI Office of the Attorney General for their work on the project including Hannah Smith, EBCI Interim Attorney General, along with Sheena M. Meader and Barbara “Sunshine” Parker.

“Because of this, the Family Safety Program is uniquely positioned to serve as a model for not only tribes, but state child welfare programs as well.”

Smith said there was a “behind-the-scenes work group that worked for years and years” on the project.  She added, “I just want to acknowledge everyone’s hard work, but in particular the folks who were kind of in it from the conception stage, and this really is a proud day for the Eastern Band of Cherokee Indians.”

She thanked tribal leadership for “trusting and taking this risk” and “for being accountable for our children and families”.

“We can serve our families the best, and we couldn’t do it without the trust and support of leadership.”

Chief Lambert went on to praise the foster care portion of the plan, “Title IV-E provides the necessary funding for parents who are already in the system, and this helps them get through the legal problems and the legal pieces that they are facing…with that is the most important thing of keeping Indian families intact and united as best as possible.”

Yellowhill Rep. Anita Lossiah commented, “I would like to thank everyone who played a part and a role in initiating this, establishing this, pushing this through, being diligent on this until now when it’s an actuality.  I personally thank each one of you.  This is a great accomplishment for our Tribe and for our families.”

Lopez noted, “It is evidenced in everything that I have seen and with every conversation that I have had today just how much pride and love you have, not only for the land, but, for the children. And, when I look around and see all of the children here, I think how sacred each of their live’s are.”

He said it is time to “flip the script” on the current paradigm of family services in this country.  “How about when a family is struggling to buy food, to pay the bills, the make ends meet, to get the counseling they need, to get the drug support they need, or to help with early childhood education; what would it look like if we were always able to come around and support each other and to say, ‘You are part of my family. This child is my child.  Their life is sacred because it is sacred on behalf of the country.’ And, so I think that is exactly what you doing.” 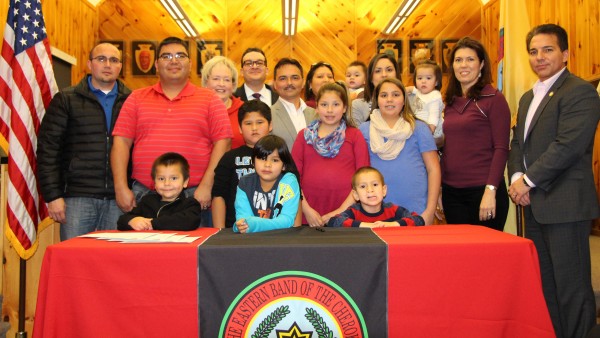 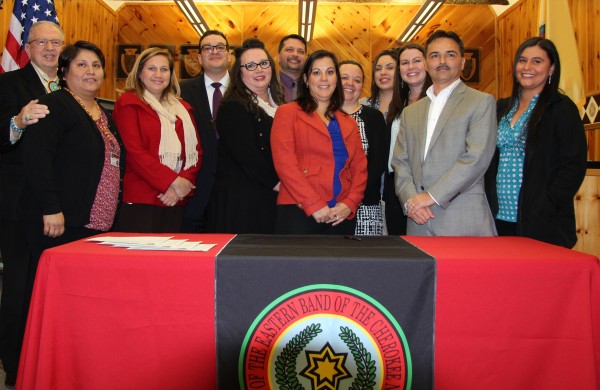