EBCI tribal member Constance Owl might go to school across the country, but she still gets to speak and hear her native language.  The Stanford University sophomore, a recipient of the Gates Millenium Scholarship, was instrumental in the university adding a Cherokee language class to its curriculum recently.

“When I came to Stanford, I knew that the Cherokee population was pretty large, and I thought that there would probably be an interest for a Cherokee language class,” said Owl who related that the school already had classes for several other native languages including Lakota, Navajo and Native Hawaiian.

Owl approached the staff of the campus’ Native American Center with the idea of adding a Cherokee language class.  “I started a petition, through the Special Languages Department, to bring the class here.” 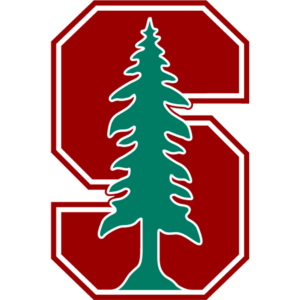 She said that the school was very receptive to the idea and said all they would need is a professor qualified to teach the class.  Owl’s sister took Cherokee Language classes at Western Carolina University with Tom Belt and Dr. Hartwell Francis, and Owl contacted them to see if they would be interested.  “I gave their names to the director of Special Languages, and it just went from there.”

Dr. Francis, WCU Cherokee Language Program director, commented, “We are working on developing our Cherokee language textbook and lesson packaging and Constance contacted us about meeting with a class at Stanford to use the textbook and lesson packaging.  We meet twice a week via the internet.  Stanford has an electronic meeting service called Bluejeans, and it allows us to videoconference screen share.”

He said they also send materials including Cherokee language PDF worksheets and handouts in addition to MP3 sound files to the students.  “Their feedback has helped us improve our presentation and packaging.”

The class started during the Fall Quarter with six people in the inaugural group.  “There’s already interest in having the course offered next year,” said Owl who chairs the Stanford Cherokee Club.  “We’re pretty confident that it is going to continue to thrive at Stanford.”

“A few times Tom and Hartwell have brought in students from their Cherokee 101 class,” said Owl, “and, we’ve spoken with them over the software.”

The joint project is a part of WCU’s Community Outreach programming, and Dr. Francis said the online classes have been beneficial to all.  “Even Western Carolina University can be a bit far from the Boundary or from Snowbird, and so we have found our online classes to be one of the best ways to reach the community.”  He said they post electronic lessons and short audiovisual pieces to the WCU Cherokee Language Facebook page (Facebook.com/WCUCherokeeLanguage).

“The formal class structure that we share with Stanford and the very formal online class structure for credit through WCU is quite different from the informal Facebook posting,” said Dr. Francis, “but, all of these modes help us reach the community and further Cherokee language scholarship.”

Tom Belt, WCU Cherokee Language Program coordinator, said the joint project is part of their community outreach and ongoing research.  “It’s been going well.  They’re doing well with what we offer them.  It’s a really good project, and it broadens out the awareness of what Western Carolina University has to offer.”

She said it has helped in interactions with other native students as well.  “A lot of times they view us (Cherokee) as not knowing our culture very well as opposed to these other students who come from very traditional, rural reservations.  So, to be able to have our language on campus and having it be spoken in between students is really empowering.”