Industrial hemp is now legal in the state of North Carolina.  NC Senate Bill 313 became law on Saturday, Oct. 31 and calls for a pilot program for the growing of hemp throughout the state.

The bill was passed on Sept. 29 in the North Carolina Senate by a vote of 42-2 (6 absent) and has sat on the governor’s desk since.  On Saturday, Gov. McCrory allowed the bill to become law without his signature.  He explained his decision in a written statement, “After discussion with Agriculture Commissioner Steve Troxler, I have decided to allow Senate Bill 313 to become law without my signature.  Despite the bill’s good intentions, there are legitimate concerns I would like to address.” 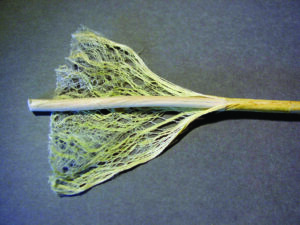 This photo shows the fibrous nature of a hemp stalk (Cannabis Sativa). (Common Use photos)

He further stated, “The legislation tasks a new commission to establish from the ground up a regulatory structure to reintroduce a crop to North Carolina.  Although there is a clear intent to ensure this program supports agriculture and research goals, a strong regulatory framework to safeguard against abuse is critical to its success and the safety of North Carolinians…we want to ensure that farmers and researchers participating in this program are provided clear guidance to safeguard their investment of time, land, and money to produce this crop.  We want to get this right.”

The Eastern Band of Cherokee Indians will soon start a feasibility study on the possible legalization of cannabis for industrial hemp uses, medicinal uses and recreational uses.  The Tribal Council passed a resolution, submitted by a group of EBCI tribal members called Common Sense Cannabis, in Annual Council on Thursday, Oct. 29 calling for the feasibility study.

Joseph Owle, a member of Common Sense Cannabis, commented on North Carolina’s decision to legalize industrial hemp, “Common Sense Cannabis views Senate Bill 313, that was allowed to become law by Governor McCrory by note vetoing it, as progress for North Carolina in the right direction.  This action further demonstrates the tribe’s need to produce a feasibility study on Cannabis opportunities for the tribe.  Now, at least one legal question can be clarified in regards to industrial hemp.  Perhaps the tribe has an opportunity to partner with the state on research around hemp.”

Owle added, “We would like to thank the One Feather for submitting a question to the public asking for feedback on the resolution that was passed during the last Annual Council session on the cannabis feasibility study resolution and where the public would like to see the tribe lead: personal use, medicinal and/or industrial.  From the comments, it is apparent there is overwhelming support for a cannabis initiative of some kind for the EBCI.”

The Association said its goal will be to work closely with the Commission “to help promote the interests of North Carolina farmers in this newly established industry.” 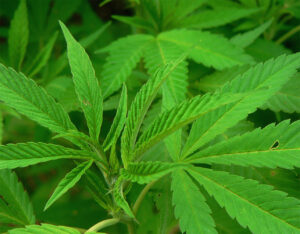 Cannabis Sativa grows in a field.

Bill 313 states in part, “The General Assembly finds and declares that it is in the best interest of the citizens of North Carolina to promote and encourage the development of an industrial hemp industry in the state in order to expand employment, promote economic activity, and provide opportunities to small farmers for an environmentally sustainable and profitable use of crop lands that might otherwise be lost to agricultural production.”