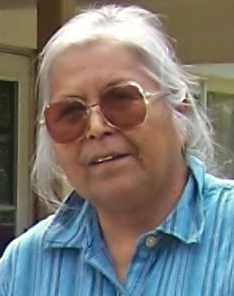 Maggie Lossiah, 80, went home to be with the Lord on Thursday, Oct. 15, 2015 while among her loving family at the Cherokee Indian Hospital.

She was the daughter of the late John Rome Lossiah and Charlotte (Welch) Lossiah, both of the Cherokee community.  She was a member the Straight Fork Baptist Church of the Big Cove Community and a life-long resident of Cherokee.  She worked for Vassar as a seamstress in her past and with the Cherokee’s Retailer making arts and crafts.  She also worked for a short time at the Cherokee Trout Farm.  Privately, she made her own arts and crafts which she sold through the Qualla Arts and Crafts Co-Op.  She was a kind and loving mother who was a mother figure to all.  It was said she’d never let anyone go hungry!