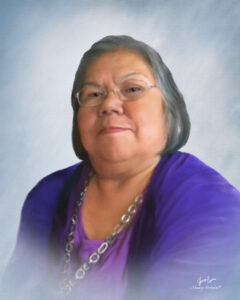 Lena was a native of Swain County but lived most of her life in Cherokee County. She was the daughter of the late Owen and Ida Teesateskie Smoker. Lena worked for many years for the Murphy Public Library and was a former member of the Cherokee County Indian Community Club.

In addition to her parents, she was preceded in death by her husband, Albert Martin Sr.; three brothers, Sam Teesateskie, Davidson Smoker and Owen Smoker Jr. and one sister, Alice Jumper.

In lieu of flowers memorials may be made in memory of Lena Smoker Martin to the charity of your choosing.  You may send tributes to the Martin family at www.townson-rose.com

Townson-Rose Funeral Home was in charge of all arrangements.