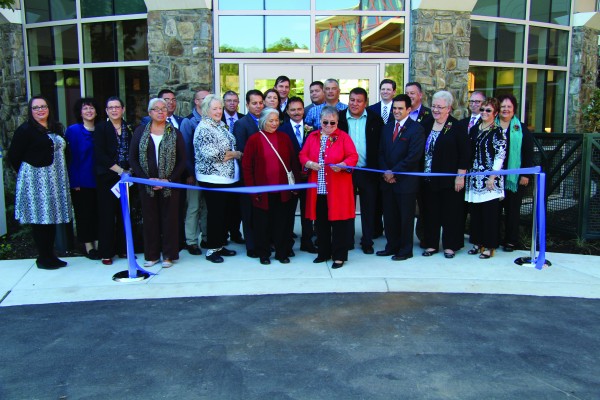 Chief Lambert said he was in awe of the new facility.  “I am truly impressed with the quality and attention to detail and focus on patient and community care that has been put throughout the entire facility.”

He further stated, “Our sovereign nation, the Eastern Band of Cherokee Indians, assumed the responsibility of the hospital from the Indian Health Service and built this facility which recognizes our culture as an integral part of our wellness.  It is the self-determination of our tribe which symbolizes our success for managing our own affairs.  Our tribe has set up our own people to manage our health care.” 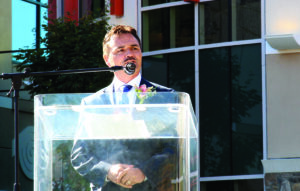 Chief Lambert recognized many EBCI tribal members that have had a part in making the facility a reality, and he explained about the main structural focus at the entrance of the hospital known as Maddie’s Basket.

“A designer named Ben Rook (architect with Design Strategies) came to Cherokee, and he received a gift from our tribe, a basket that was designed by Maddie Wildcatt.  That basket became the inspiration for the building that you see.  Maddie’s Basket is the rotunda which binds the building together.  It also houses the floor, designed by the Junaluska Leadership Council, of the spider who brought our tribe fire.”

Casey Cooper, Cherokee Indian Hospital chief executive officer, said he is very proud of the new facility which was “completely planned, constructed and paid for by the Eastern Band of the Cherokee Indians.”  He noted it is especially significant since the need for new health care facilities and repairs in Indian Country is documented at over $5 billion with only $300 million being allocated annually.  “We are not here today because of the federal government’s commitment to Indian health.  Rather, we stand here today in spite of it.”

Cooper added, “We are able to celebrate this amazing facility because of our friends and our partners.”

He said it is hard to believe that ground was broken on 17 months ago.  “We planted the seeds that eventually yielded this magnificent world-class facility.”

Cooper said the new hospital is “an illustration of how health care will be delivered in the future.”

“It’s a monument to self-determination and an illustration of the magnitude of what can be accomplished when healthy, cooperative relationships are forged together by the simple principle that we all exist to be significant in the lives of others.” 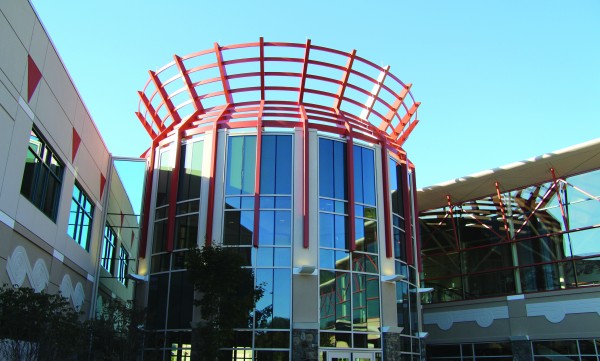 The entranceway to the new facility features “Maddie’s Basket”, a rotunda area inspired by a white-oak basket made by Maddie Wildcatt.

Carmaleta Monteith, Cherokee Indian Hospital Governing Board chairwoman, commented that the hospital will be in total operation on Monday, Nov. 16.  “The staff is still in training.  They’re still checking out the new equipment, and we want everything safe and proper when our patients come to see us.”

She also said, “We’re most proud of the design of our beautiful structure.”

“Today’s ribbon-cutting ceremony is a continuation of a long history of health care and healing for our community.”

Monteith presented former Yellowhill Rep. David Wolfe a special plaque for his work as former Chairman of the Health Board   “With any great achievement, there was one voice, and that person never lost faith – a single voice championed the building of this new hospital and that was not always a positive stand to take.”

Yona Wade served as the emcee for the event which was opened with the “Cherokee Morning Song” performed by the Cherokee Central School Chorus.  Vice Chief Richie Sneed gave the opening prayer which was translated into the Cherokee language by Painttown Rep. Marie Junaluska.

Following the ribbon cutting itself, the Warriors of Anikituwah performed the Cherokee Warrior Dance and then got everyone involved as they held a Cherokee Friendship Dance.