ON THE SIDELINES: Can it be? Is it really back? 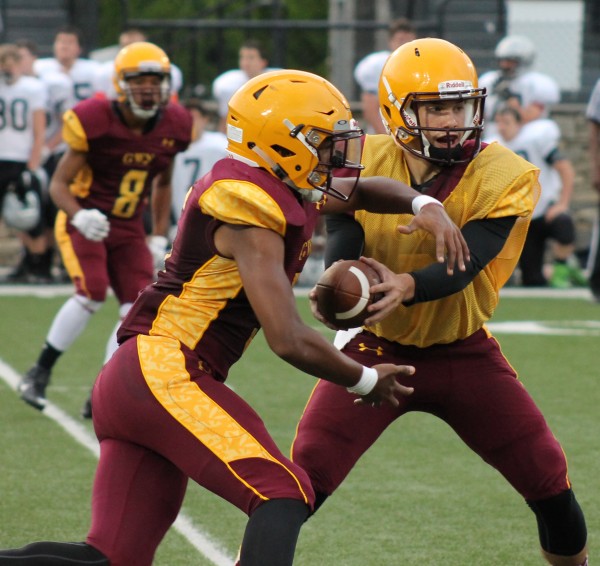 Can it be? Is it really true?  I think it’s truly happening.  Football season is upon us!  Wow, what a long off-season.

The last football game I watched this past season was the NFC Championship where my beloved Packers found about 200 new and interesting ways to hand the Super Bowl bid to the Seahawks.  Even as much of a football fan as I am, I just couldn’t watch the Super Bowl…I just couldn’t.

So, the night of Friday, Aug. 14 was awesome…the Braves hosted Andrews and Robbinsville in a three-team scrimmage game.  The air was crisp.  The lights were on.  The stands were kind of full – very, very full for a scrimmage game – which leads me to believe that I’m not the only one that is really glad that football is back.

I think, as true fans, we love the beginning of seasons because there is that sense of hope, that sense of ‘this is our year’.  All teams are undefeated in the beginning and all have a shot at the championship.  Granted, once teams like the Browns or the Bills take the field for pre-game warm-ups on opening day, it is all but over, but they still have that initial hope.

So, going back to the scrimmage game for a second…what did we learn about this year’s Braves team?  Well, we didn’t learn a lot that we didn’t already know.  Tye Mintz has a rocket for an arm, and he’s only a sophomore.  Isaiah Evans is usually the fastest man on the field and just needs a small amount of space to make something happen.  Jason McMillan has good hands and makes himself a presence down field as a receiver.

Logan Teesateskie plays hard no matter what side of the ball he’s on, and pre-season All-State pick Kennan Panther is a beast at linebacker.

What are some things we hope to learn in the next few weeks about the Braves?  How many times a game will Evans get loose on runs of more than 20 yards?  How many times will McMillan find that seam in the defense for that long pass reception?  How many tackles per game will Teesateskie and Panther combine for?

I could be wrong about all of this, but like all true fans, I am hopeful.