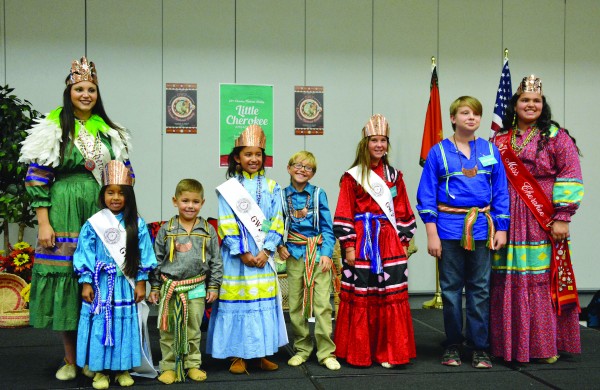 Henderson, 11, of Welch, Okla. told a traditional story, correctly named a former principal chief, answered that the black star on the Cherokee Nation flag represents the Cherokee ancestors who died on the Trail of Tears and that the pillars at the Cherokee Heritage Center represent the first Cherokee Female Seminary that burned on Easter Sunday in 1887.

“At first I was really nervous about the competition, because I thought I wasn’t going to win, but when they announced my name I was like wow, that felt really special,” Henderson said.

Winning in the 4-6 age division was Kashyah Teehee, 5, and Logan Dreadfulwater, 5, both who attend the Cherokee Immersion Charter School.