The group’s 7 p.m. performance of classic country and bluegrass tunes will be followed by an 8 p.m. jam session in which local musicians are invited to participate. 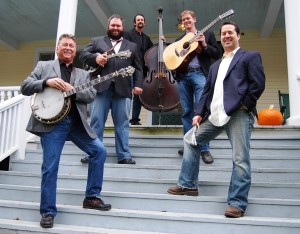 Tuckasegee native Darren Nicholson provides vocals and performs on mandolin for the band that carries his name. A founding member of the nationally acclaimed bluegrass ensemble Balsam Range, Nicholson was recently presented a “key to the city” in Canton in recognition of his musical and civic contributions. Other members of the Darren Nicholson Band performing for the Feb. 5 concert will be three-time Grammy Award nominee Steve Sutton on banjo, Kevin Sluder on acoustic bass and vocals, and Griff Martin on guitar and vocals.

The First Thursday concerts and jam sessions will continue at the Mountain Heritage Center through April. The featured performer for the program Thursday, March 5, will be Josh Goforth.

The events are free and open to everyone. Pickers and singers of all ages and experience levels are invited to take part in the jam sessions, which also are open to those who just want to listen.

This year’s First Thursday programs align with WCU’s interdisciplinary learning theme for the academic year, “North Carolina: Our State, Our Time.” Programs and initiatives across campus are exploring the state’s history, culture and impact.

The Mountain Heritage Center is located on the ground floor of WCU’s H.F. Robinson Administration Building. For more information, call the museum at 828-227-7129.