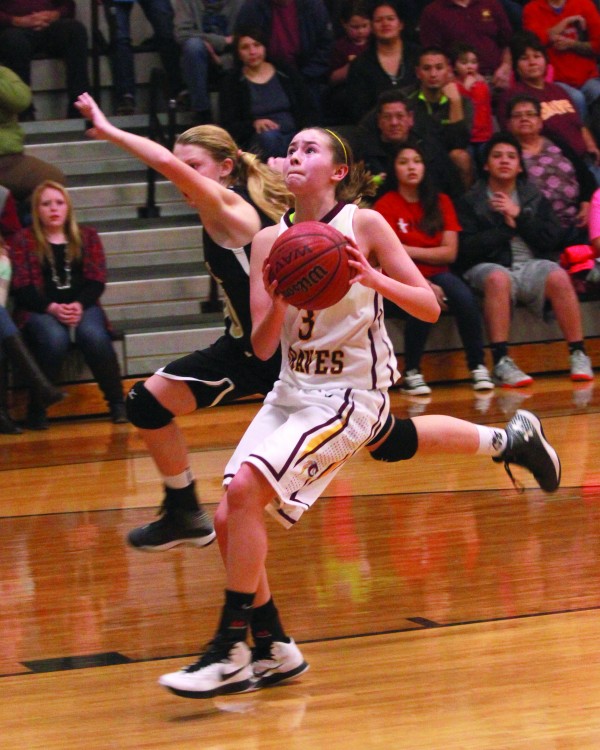 Hayesville jumped out to a quick lead, but the young Lady Braves closed the gap to 8-7 after the first quarter.  Cherokee was able to get going offensively in the second quarter and found themselves ahead 27-19 going into the locker rooms.  However, Hayesville closed the gap to 32-28 at the end of the third and was able to pull ahead in the waning minutes of regulation to get the 47-43 victory.

The Lady Braves were led by Tori Teesateskie who scored 20 points and finished her middle school career with 503 points.

The Lady Braves defeated the Andrews Wildcats in the first round on Saturday Jan. 17 and the Murphy Bulldogs 58-28 on Tuesday Jan. 20 in the semi-finals to advance to the conference championship.