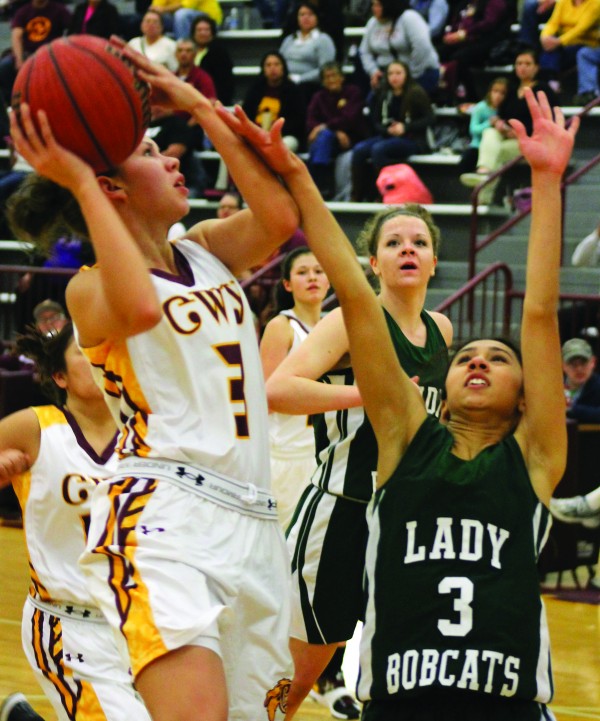 Kendall Toineeta, Lady Braves senior point guard, dribbled to the right past a defender and drilled a short shot from around three feet from the basket – something she’s done literally hundreds of times in her career.  But, this time was different…it was record-breaking.

With the shot, which came during a home game against Blue Ridge on Tuesday, Jan. 20, Toineeta scored her 1,877th point as a Lady Brave thereby breaking the all-time scoring record previously held by her former teammate Avery Mintz – who, incidentally, will be her teammate again when Toineeta joins her at Lenoir-Rhyne University next fall.

“It’s an honor to pass the all-time scoring record,” said Toineeta.  “I know there have been great players come before me, and I am both humbled and excited about passing it.  I also would not have been able to do it without my teammates, coaches and the support from our fans.”

Lady Braves head coach Chris Mintz said of the record, “It’s a great accomplishment.  It’s something she’ll always be proud of.  To have two in the past two years do it, it’s been a really nice ride.  She deserves everything she gets.” 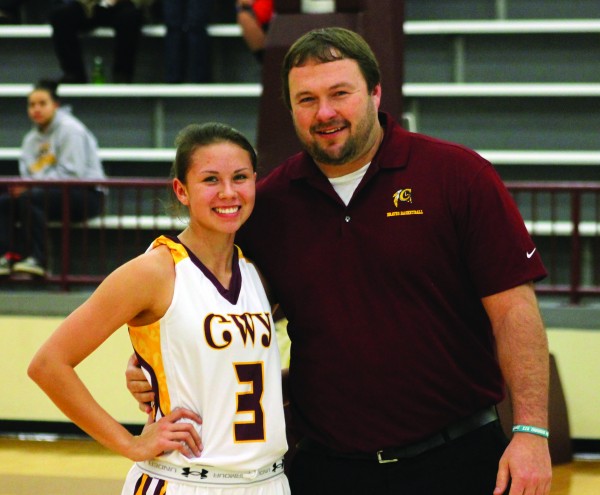 Toineeta poses with Lady Braves head coach Chris Mintz moments after she broke the all-time scoring record. The game was stopped momentarily to recognize the accomplishment.

Cherokee pulled to 15-0 on the season by dismantling the Lady Bobcats 72-16.  Toineeta led the Lady Braves with 23 points.

Cherokee definitely came to play in this game and did not allow Blue Ridge a single point in the first period (29-0) by playing stifling defense.  The Lady Bobcats were only able to get the ball upcourt several times in that first period.

“I thought we came out and played really hard to start with,” said Coach Mintz.  “To hold them scoreless for the whole first quarter was pretty big.  We imposed our will on them in a hurry.”

The Lady Braves kept the pressure on and took a huge 44-5 lead into the locker room.  The NCHSSA mercy rule came into effect early in the third period which went by quickly.  Cherokee outscored Blue Ridge 14-8 in that period to take a 58-13 lead into the fourth.

Due to the huge lead, the Lady Braves were able to get some significant bench play in this game and had eight different players score points.  Cherokee outscored the Lady Bobcats 14-3 in the final eight minutes to take the win by 56 points.

To view and purchase photos from this game, visit https://onefeather.smugmug.com/SPORTS/BASKETBALL/LADY-BRAVES-BASKETBALL-201415/Vs-Blue-Ridge-January-20/