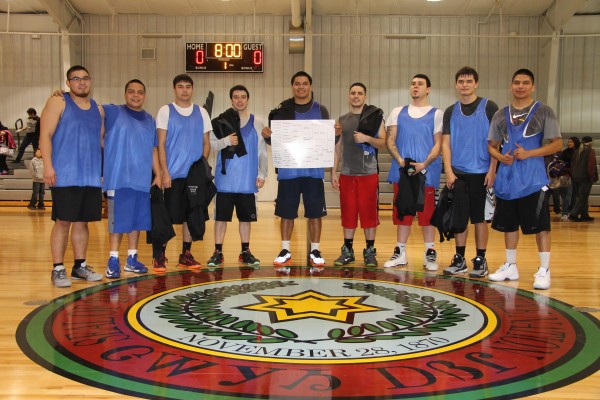 The EBCI Boyz won the championship in the Men’s Division of the NASA tournament at the Birdtown Gym on Saturday, Jan. 17. They defeated the Ballerz, representing the Mississippi Band of Choctaw Indians, 71-58 in the final game in the wee hours of the night. This marks the first time since 1999 that a team representing the Eastern Band of Cherokee Indians has won the men’s division. (SCOTT MCKIE B.P./One Feather photos) 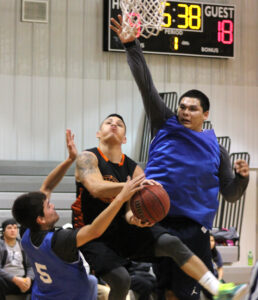 Raven Frankiewicz (left) and Greg Tisho (right), members of the EBCI Boyz team, play tough defense in the championship game against the Ballerz.

A total of 32 teams participated in this year’s double-elimination tournament representing several tribes including the Eastern Band of Cherokee Indians, Mississippi Band of Choctaw Indians, Seminole Tribe of Florida, and Iroquois from New York.

“It’s been a success,” said tournament organizer Tim Smith, of the Cherokee Life Recreation program.  “But, I couldn’t do it without our staff here at Cherokee Life.  They’ve put in close to 30 hours in two days.”

Smith praised the level of play at this year’s tournament.  “We love the sportsmanship.  We love the camaraderie.  There are some athletes out there.”  He said tournaments like this encourage younger players at the high school level to work hard to be able to play at the college level one day.  “There’s college players playing this.  It’s very successful, and NAYO and NASA are the longest running Indian sports organizations in the country.”

The EBCI Boyz won the Men’s division and became the first team from the EBCI to win that division since 1999.  To qualify for Saturday night’s championship round, they defeated four teams including: Has Beens (MS), South Florida Select (FL), Udohiyu (NC), and the Ballerz, representing the Mississippi Band of Choctaw Indians, who they met in the finals. 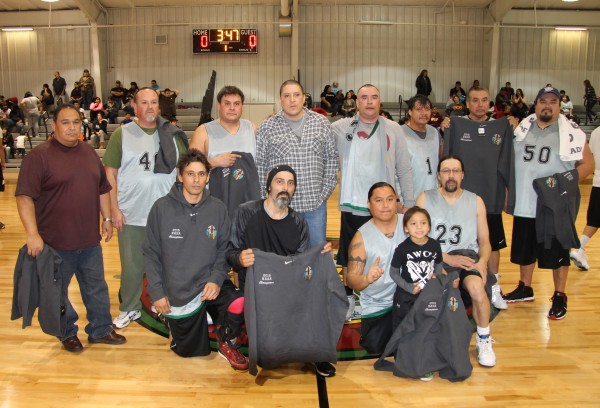 The first game of the finals started out with the Ballerz taking a 33-19 lead at the half over the EBCI Boyz.  They kept it up in the second half to take the game at 67-50 and force a final game.

The final game was close with the EBCI Boyz leading by eight (32-24) at the half.  The EBCI Boyz pulled away some in the second half to take a 71-58 victory and the title.

The Men’s Legends division saw two EBCI teams pitted against one another.  It was a close game and Crazy Nation led 27-24 at the half over MoTown’s Finest.  Crazy Nation kept the pressure up in the second half and led by as many as 13 at one point, but MoTown wouldn’t quit.  They came back point by point and tied the game at 43-43 with just over one minute left.  The game would be tied at 45-45 at the end of regulation and force an overtime. 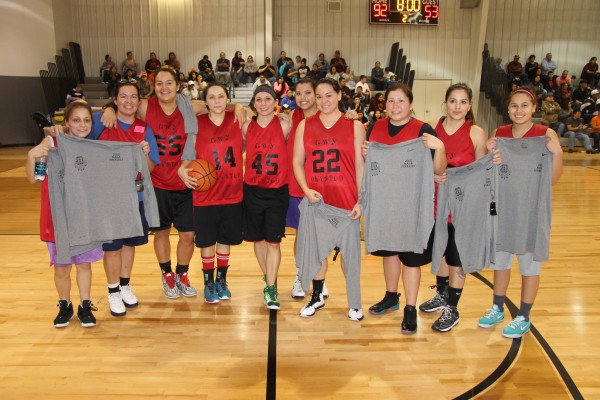 MoTown’s Finest converted on several key free throws in the overtime period to give them a 52-46 victory.

The Women’s division matched YDWI, representing the Seminole Tribe of Florida, against Faded Glory.  YDWI took an early lead and led by 28 (52-24) at the half.  They extended that lead in the second half and took a 92-53 victory and won their second NASA championship in a row.

To view and purchase photos from the championship games of this tournament, visit https://onefeather.smugmug.com/SPORTS/BASKETBALL/NASA-Tournament-January-16-17/