BASKETBALL:  Braves fight hard to shut down the Knights 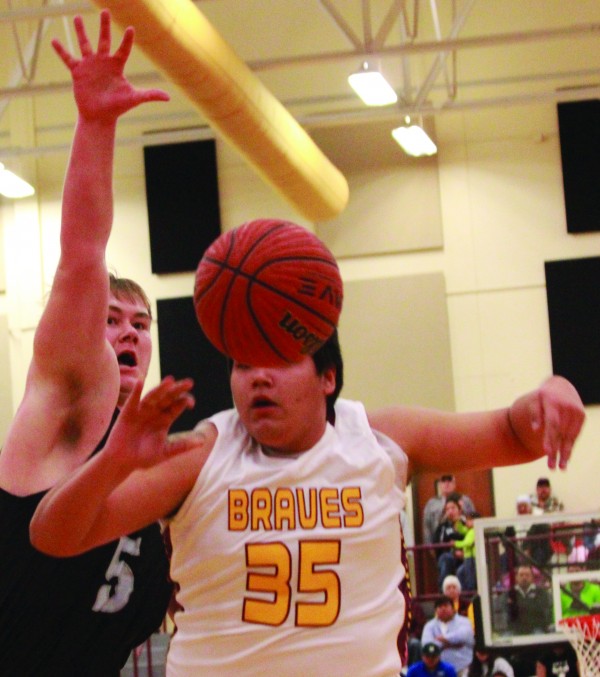 Eli Littlejohn (#35), Braves center, prepares to catch a pass inside as Robbinsville’s Jesse Franks (#5) tries to defend during a home game on Friday, Jan. 9. Littlejohn had 10 points on the night as the Braves won 57-39. (AMBLE SMOKER/One Feather photos)

Last season, the Cherokee Braves (13-0), Robbinsville Black Knights (6-2), and Hayesville Yellow Jackets (9-5) tied for the top spot in the men’s Smoky Mountain Conference.   Heading into last Friday night’s matchup between the Braves and Black Knights, Cherokee faced the tall task of gaining an edge over both talented teams.  The Braves were able to pull away in the second half from a physically competitive contest to score a victory of 57-39 over the visiting Robbinsville Black Knights.

“It was a great win,” said Braves head coach Willis Tullos.  “The kids played well, and I was proud of them. They (Robbinsville) didn’t shoot the ball well for a stretch and we were on a run and got eight points in a row.  That kind of kicked the lead up about 13-14 points and we were able to hold it the rest of the game.  ”

Robbinsville opened the game with two quick points.  However, after a shot from the paint by Eli Littlejohn and a shot beyond the arc from Dustin Johnson, Cherokee took the lead they would never relinquish.  Cherokee cruised to a 22-12 lead after the first quarter. 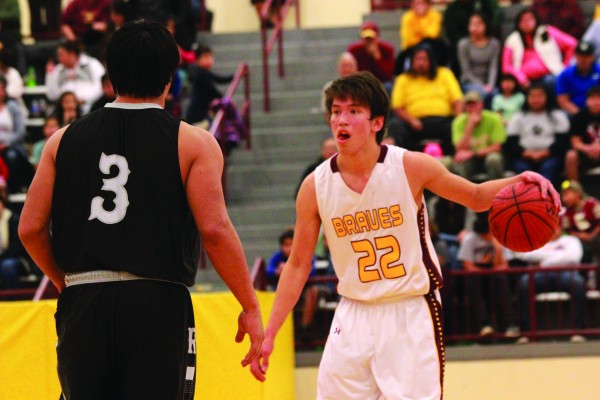 Robbinsville’s defense buckled down in the second quarter, allowing Cherokee only 8-points while Cherokee’s suffocating brand of defense allowed 13-points and took a 30-25 lead into halftime.

As both teams returned from the locker room, the defensive onslaught would continue as Robbinsville was held to six points in the third quarter and eight points in the fourth.  Cherokee seniors Dustin Johnson (14) and Eli Littlejohn (10) led the Braves in shooting with 13 points and 14 points in the third and fourth quarter respectively.

A win over Robbinsville and Hayesville puts Cherokee in good position to repeat as a SMC champion but Coach Tullos emphasizes the need to continue working.

“You have got to feel good being 13-0, so I’m excited about the rest of the season,” said Coach Tullos.  “We have a lot of opportunities, but you’ve got to keep working hard, and we’re going to give it everything we’ve got.”

To view or purchase photos from this game, visit https://onefeather.smugmug.com/SPORTS/BASKETBALL/BRAVES-BASKETBALL-201415/Vs-Robbinsville-January-9/