A bill has been introduced to the Senate to give federal recognition to the Little Shell Tribe of Chippewa Cree of Montana.  The bill, S.35, was introduced by Sen. Jon Tester (D-Montana), ranking member and former chairman of the Senate Committee on Indian Affairs, and Sen. Steve Daines (D-Montana).

Sen. Tester said in a release, “Congress has a trust responsibility to our nation’s tribes, and that responsibility should extend to Montana’s Little Shell.  Their federal recognition will strengthen all of Indian Country and help us live up to the promises we’ve made.” 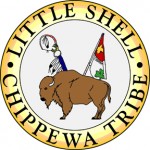 Little Shell Tribal Council chairman Gerald Gray told the Great Falls Tribune, “We’re very pleased that both Senators have once again taken up the torch and introduced the bills on our behalf…I’m hoping our day will come.”

Sen. Daines, who also serves on the Senate Committee on Indian Affairs, said in a statement, “The federal recognition of the Little Shell Tribe is long overdue.  “I’m proud to join in this important effort to ensure the federal government provides the Little Shell people with the recognition and support they deserve.”

According to the bill itself, “…the members of the Little Shell Tribe continue to live in the State of Montana, as their ancestors have for more than 100 years since ceding land in the State of North Dakota…in the 1930s and 1940s, the Tribe repeatedly petitioned the federal government for reorganization under the Act of June 18, 1934 (commonly known as the ‘Indian Reorganization Act’).”

The Tribe submitted a Petition for Recognition to the BIA in 1978.

In 2009, Interior Department officials issued a final determination not to recognize the Tribe.  In review of all of the evidence in the record, the Department concluded that the Little Shell did not satisfy three of the seven mandatory criteria for acknowledgement, specifically the requirements that a tribe:

However, in September 2013, Interior Secretary Sally Jewell ordered a reconsideration on the petition.

Bill S.35 has been referred to the Senate Committee on Indian Affairs.