FRANKLIN –  Sharon Fouts Taylor has been named executive director of the Land Trust for the Little Tennessee (LTLT) by the LTLT Board of Directors.

Taylor succeeds founding Executive Director Paul Carlson, who announced his retirement in December after 18 years of leading the organization. Carlson will continue with LTLT in a part-time advisory role and on projects dealing with sustainable forest management. 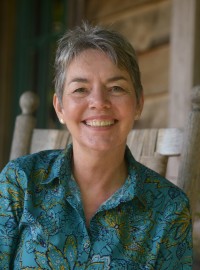 Sharon Fouts Taylor has been named executive director of the Land Trust for the Little Tennessee (LTLT) by the LTLT Board of Directors. (LTLT photo)

A Macon County native, Taylor joined LTLT in 2001 and built its land protection program into one of the strongest in the Southern Blue Ridge. In recent years, Sharon has served as Deputy Director, overseeing staff and significant program initiatives. Taylor has helped grow LTLT into the most effective conservation non-profit in far western North Carolina. In its 18 years LTLT has protected over 33 miles of the Little Tennessee River, conserved over 24,000 acres of land, including all municipally owned watersheds west of Waynesville, launched conservation initiatives with the Eastern Band of Cherokee, and merged the programs of the Little Tennessee Watershed Association into the organization.

LTLT Board of Directors Chairman Chris Brouwer said Taylor’s knowledge of the regional non-profit’s operations is a big strength. “We are so fortunate to have Sharon Taylor, who has the depth of experience and background with LTLT,” Brouwer stated. “I am confident she will lead this organization forward as we expand our impact on conservation, heritage and education across western North Carolina.”

Taylor holds a bachelor’s of science degree in natural resource management with a concentration in water resources from Western Carolina University. Prior to joining LTLT, she was employed by the University of Georgia as a Research Technician at Coweeta Hydrologic Laboratory.

“I am both humbled and excited to be given the opportunity to lead this organization,” says Taylor. “LTLT has an incredibly dedicated Board and Staff. Together we’ll continue our efforts to conserve and restore the natural beauty that makes western North Carolina special and keeps people coming to the area. On growing up in Macon County, Taylor says, “I grew up on a family farm and playing in the woods and creeks in the Burningtown Community. I’m passionate about others having a chance to connect to the outdoors too and look forward to creating more of those opportunities through LTLT’s citizen science program. In the coming months Taylor expects LTLT to emphasize that it is a regional organization focused not only on land conservation but also on water quality restoration and education. “It is an exceptionally dynamic time for LTLT,” says Taylor. “I’m honored to be part of this organization’s future in the Executive Director role.”

LTLT is a regional non-profit dedicated to conserving the land and waters in the six far-western North Carolina counties and northern Rabun County, Georgia. LTLT employs 12 staff members and produces both social and financial value for the region.