Cynthia Lynn Wachacha, 33, of the Snowbird Community passed away on Monday, Dec. 15, 2014 at Mission Hospital following an extended illness.

Cynthia is the daughter of Herman Wachacha, Sr. of Robbinsville and Berdina Wolfe of Cherokee. 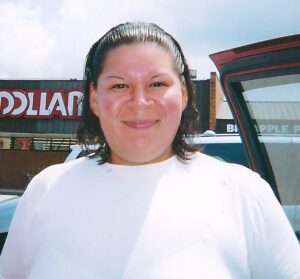