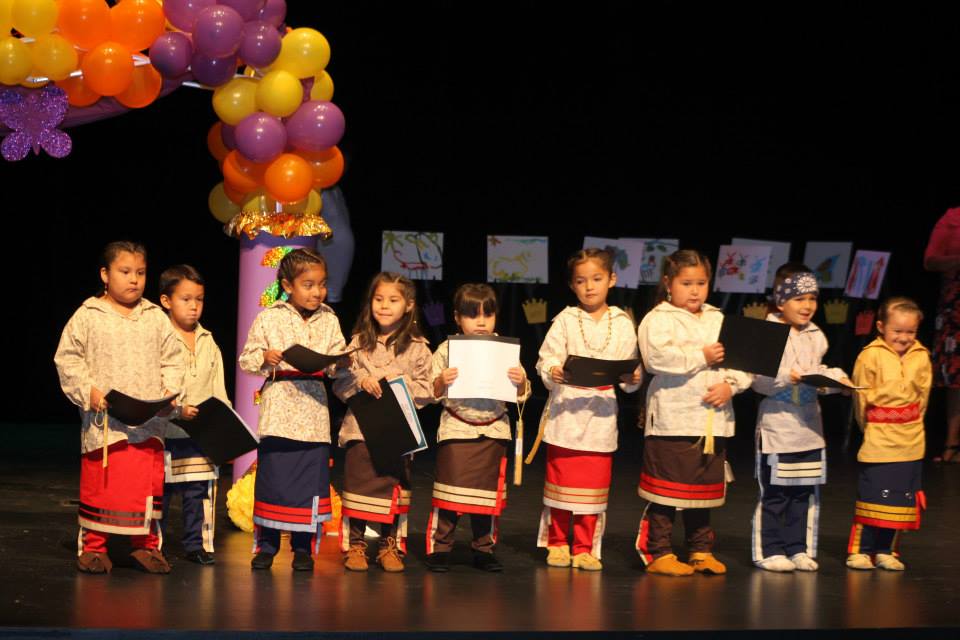 Eight students from the New Kituwah Academy graduated from Pre-Kindergarten during a ceremony at the Chief Joyce Dugan Cultural Arts Center on Friday, July 25. 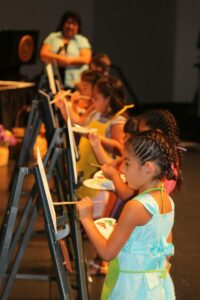 The students performed a skit during the graduation ceremony in which they painted pictures and told the crowd what they painted in the Cherokee language.

Swimmer said this has been his first year working at the Academy.  “I’m proud of the way the children love to come to school…seeing their big smiles in the hallway warms my heart.”

He also thanked the parents and grandparents present at Friday’s event for sending their children to New Kituwah.  “Each of you made a choice to have your children carry on our language.”

Principal Chief Michell Hicks was the guest speaker for the event.  He related that he had been in Washington, DC this past week testifying at a Senate Committee of Indian Affairs meeting on the benefits of Indian Gaming.  “As a Tribe, we’ve been successful, and gaming is only a part of that, but one of the things it has given us is resources.”

“If you look at where we were and where we’re at today, I’m really proud of the fact that we’ve used those resources to help our future generations.”

Chief Hicks added that language is so very important to all Cherokee people.  “Our culture and language is the glue that holds us together as a people.”

Several parent awards were given out during the graduation ceremony including Parental Involvement Awards to Beth McCoy and Robbie Stamper and the Most Involved Outstanding Parent Award to Ahli-sha Stephens.