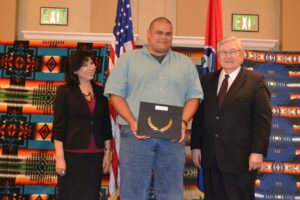 IHS Area Director Martha Ketcher states the Honor Awards and Promotion ceremony held at the Sheraton Music City Hotel Friday on Friday, Dec. 14 was to honor and celebrate extraordinary accomplishments made in the NAO.  “This is your day to stand in the spotlight of your accomplishments and receive some well-deserved praise.  It is your day to enjoy the celebration and let your family, friends, and colleagues express their appreciation and congratulations.  We hope you never forget how much you are appreciated and how we all believe in you and support your goals,” Ketcher states. 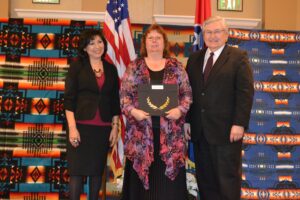