Wilkinson won’t even have to leave his home country to give his talk, titled “The Spirit Level: Why Equality is better for Everyone.” That’s because he will be speaking through the videoconferencing system in WCU’s recently opened Health and Human Sciences Building. 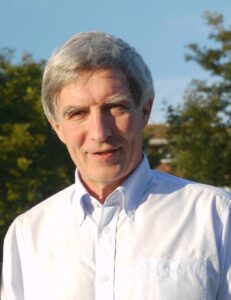 This year’s lecture will take a broader approach than previous events and will include discussion of the overarching issue of health disparities as they relate to social inequality, said Lisa Lefler, director of Native Health Programs at WCU.

“Professor Wilkinson will speak on the timely topic of inequality and its impact on society,” Lefler said. “Comparing life expectancy, mental health, levels of violence, teen birth rates, drug abuse, child wellbeing, obesity rates, levels of trust, the educational performance of school children or the strength of community life among rich countries, it is clear that societies that tend to do well on one of these measures tend to do well on all of them, and the ones that do badly do badly on all of them.”

Wilkinson has played a formative role in international research on the social influences on health and on the societal effects of income inequality. He co-wrote “The Spirit Level” with Kate Pickett, which won the 2011 Political Studies Association Publication of the Year Award.

The lecture will begin at 8:30 a.m. in Room 204 of the Health and Human Sciences Building on WCU’s West Campus. Registration gets under way at 8 a.m.

After the presentation, the audience will hear from a panel of experts from local and distance sites, including the University of Tennessee College of Nursing, Wake Forest University Medical School, the Jackson County Health Department and the Eastern Band of Cherokee Indians. Panelists will offer their own critiques and opinions of Wilkinson’s presentation.

The event is open to the public free of charge. The annual lecture is sponsored by Harrah’s Cherokee Casino and Hotel and WCU’s College of Health and Human Sciences.