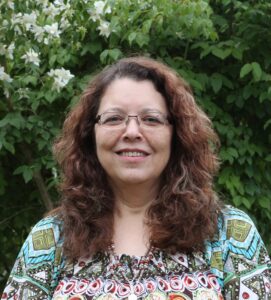 Dr. Cheryl Crazy Bull has been named the new president of the American Indian College Fund. (Photo by Ryan Wynne/NWIC)

Richard B. Williams (Lakota), the Fund’s current President and CEO, is retiring as of Sept. 30.  During his long tenure, the Fund grew its endowment from $5 million to nearly $35 million and raised more than $220 million in scholarships and program support for American Indian students and tribal colleges. Following his retirement, Williams will continue to serve the Fund as a senior advisor.

Dr. Crazy Bull (Lakota) is the former President of Northwest Indian College in Bellingham, Washington. She has more than 30 years of experience in tribal education. Her extensive experience with the tribal college movement includes initiatives that support Native student success, expansion of academic and workforce programming, community-based research, and intellectual capacity-building focused on leadership and tribal sovereignty.  She has advanced the efforts of the tribal colleges to be more responsive to community opportunities and student needs.  Dr. Crazy Bull has broad experience with building networks of supporters of tribal students and tribal education and with all aspects of fundraising. She also served as President of the Board of Directors for the American Indian Higher Education Consortium.

Dr. Elmer Guy, Chairman of the Fund’s Board of Trustees and President of Navajo Technical College in Crownpoint, New Mexico, stated, “The Board is delighted to have found a remarkable candidate for President, whom we believe has the drive and the qualifications to continue Mr. Williams’s remarkable achievements and to build upon them to create even more value for tribal colleges and the students they serve. We are confident that Dr. Crazy Bull is poised to take the American Indian College Fund to the next level of growth. We know our donors and the communities we serve are as excited about the Fund’s next chapter as we are.”