If you look in the dictionary under the word dedication, there should be a picture of the Cherokee High School cross country teams.  Anyone who runs during sweltering heat on an August afternoon and smiles while doing it is dedicated. 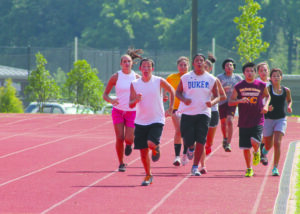 Swimmer said the boys team this year has expanded to seven and is being led by senior Gerald Mahan, and the girls have nine runners and are being led by sophomore Kendall Toineeta.

“We’re going to be competitive,” Swimmer commented.  “Ever since we started this program, it was to make our conference realize that they’ll have to compete against us.  These kids are stepping up.  I’m proud of them because running is not like football or any other sport where you have spectators watching you.  It takes desire and determination on their own to keep running and discipline to run when no one else wants to run or when it’s hot like this.” 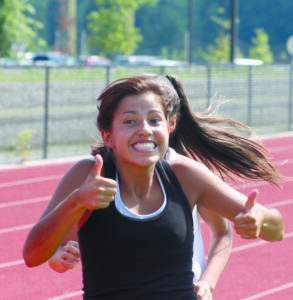 “I’m expecting great things out of them.”

Ahli-sha Stephens, CHS cross country coach, noted, “I’m looking forward to a great season.  I think we’ve got great potential and hard workers.  I think Kendall’s hard work rubs off on the others to make them want to do better.”

When asked her thoughts on this season, she noted, “I’m excited about this year.  We’re going to have a great team.  Summer was good; been running some and I’m just ready for the season.” 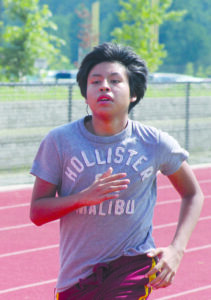 Seniors Jordyn Thompson and Deija Burgess have set their sights on a conference championship.

During the off-season, the girls kept in shape by playing basketball. “All of the girls cross country runners play varsity basketball so we had that all summer,” said Burgess.

Mahan said he has been busy this summer.  “I’ve been running four miles a day.  I think the season is going to go good.”