Cherokee Indian Hospital selected Jonathan Dando as its 2012 Employee of the Year. 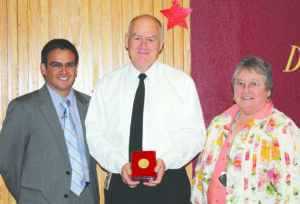 He was nominated by several peers and co-workers from three different departments.  Several factors contributed to his selection:

Nominees are nominated by their peers or supervisors.  They are evaluated on Integrity, Responsiveness, Teamwork and Innovation and scored individually, tallied and ranked.

“Cherokee Indian Hospital would like to congratulate all the nominees,” said hospital officials in a statement.  “It truly is an honor and we are honored to have Jonathan Dando our 2012 Employee of the Year.”