The Cherokee Historical Association (CHA) is expanding its offerings and will be adding new plays each year that will run in conjunction with “Unto These Hills”.  A new play, “A Cherokee Family Reunion”, written by Sicangu Lakota playwright Larissa Fasthorse, is set to open at the Mountainside Theater on July 16. 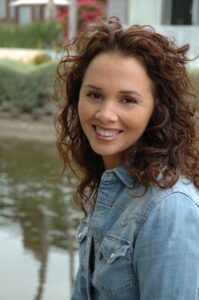 Sicangu Lakota playwright Larissa Fasthorse has written a play entitled "A Cherokee Family Reunion" that will debut at the Mountainside Theater on July 16. (Photo contributed)

“’Unto These Hills’ will run forever,” said John Tissue, CHA executive director.  “We will run that show forever, but we want to have a season at Mountainside Theater and have multiple offerings.”

“We know most of our regional folks have seen ‘Unto These Hills’ a million times, but this will be a reason to draw them back into the theater to see some new stuff.  The idea is for every year to have something new.”

Fasthorse is coming back for her fifth season as choreographer at “Unto These Hills”.

A special read-through of the new play is scheduled for Friday, April 13 from 4-6 at the Mountainside Theatre.

Information from the CHA describes “A Cherokee Family Reunion” as, “Set in modern day Cherokee, NC, the long-time widower of the Bearmeat family has found love again with a woman from ‘up north’, Emma White.  But, before the wedding decorations are down, the two nearly-grown families are thrown into planning the biggest family reunion of the year, complete with a historic performance of Cherokee history.  Emma bravely leads the charge to reenact Henry Timberlake’s visit to the Cherokee Nation in 1761.  But, the new family quickly runs into a minefield of culture shock, who can tell what history, family ties and young love.  Through music, dance and some wild fights, everyone learns what it really means to be a family and a Cherokee today.”

Tissue said next year’s show, written by playwright Rob Lauer, has a working title of “Little Will” and is about the life of Will Thomas.