KENNESAW, Ga. – If a picture is worth a thousand words, the photograph of  the seven seniors on Kennesaw State’s women’s soccer team announces they are indeed a force to be reckoned with as they hold their ground on the field of the KSU Soccer Stadium. 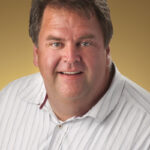 The dramatic photo, taken by Kennesaw State photographer Anthony Stalcup, won an Award of Excellence from the judges of the 41st Annual University & College Designers Association (UCDA) Design Competition. Stalcup’s photo, which was used in the team’s 2011 season poster, was a stand out in the prestigious international contest that drew nearly 1,100 entries this year.

The team photo exemplifies Stalcup’s crisp, photographic style and powerful lighting. Backlit by the red and golden hues of the setting sun, it evokes the team’s tough-as-nails, game-winning attitude. Stalcup used the stadium lights in tandem with two Norman 400B strobes to illuminate the players against the sky at dusk.

Stalcup has been a professional photographer for the past 16 years, most recently working as a staff photographer with the Marietta Daily Journal and as photo editor of the Gwinnett Daily Post.  He is originally from Cherokee.

Founded in 1970, UCDA is the nation’s only association for professionals involved in the creation of visual communications for educational institutions. Over the years, it has grown to an organization comprised of more than 1,000 members throughout the United States and Canada.