EBCI tribal employees have organized several fundraisers to help in the relief effort for earthquake- and tsunami-stricken Japan.    The fundraisers were organized by the EBCI Executive Office, EBCI Emergency Management and the EBCI Cooperative Extension Office. 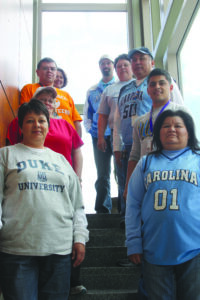 “Residents of the Qualla Boundary are very fortunate,” said Principal Chief Michell Hicks.  “Not only do we live in a beautiful area, but also we are blessed with a strong and caring community.  Those devastated by the recent events in Japan need our help.  Let’s reach out to those who survived this tragedy and do our part.”

Jersey Thursday March Madness Day was held on Thursday, March 24 where, for a $5 donation, tribal employees got the opportunity to sport apparel of their favorite college team at work.  The effort raised $370.  Another Jersey Thursday is planned for March 31.  A raffle is also in the works to help in the effort.

“Although this devastation may seem a world away, we can make a difference,” Chief Hicks commented further. 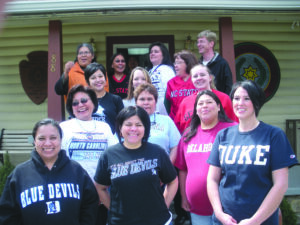 According to the American Red Cross, about 264,000 Japanese people were staying in over 1,800 shelters as of last week.

“The Japanese Red Cross is also involved in looking after those in evacuation centers who have been forced to leave their homes in the exclusion zone that’s been created around the nuclear facility,” said Red Cross spokesperson Francis Markus.  “This adds to the complexity of the humanitarian situation.”

The Japanese Red Cross reported last week it had distributed over 125,000 blankets and over 20,000 emergency kits.

The medical situation in Japan is also critical.  “We’ve had a bad stomach virus going around so a lot of people are getting diarrhea and becoming dehydrated,” said Dr. Takanori Watanabe, a Red Cross doctor.  “The Red Cross teams have a limited variety of medicine and since supplies are limited, patients are getting just three-day’s supply.”