Arneach, Duncan to perform with The Liars Bench 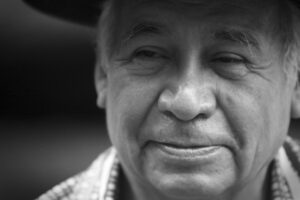 Former North Carolina poet laureate and National Endowment for the Arts Fellowship winner Kathryn Stripling Byer will read from some of her latest work including “Last Light.” Brent Martin, regional director for the Wilderness Society, will read his poetry inspired by the wild lands, the folklore, and the history of Western North Carolina in “A Shout in the Woods.” Admission is free.

Dave Waldrop, The Liars Bench host, said “this show is definitely a step in an exciting direction for The Liars Bench. We’re going to show through storytelling, poetry, music, and comedy why the Southern Appalachian people love this place above any other on earth.”

Regular cast members include Gary Carden, Lloyd Arneach Sr., Paul Iarussi, Barbara Duncan, Dave Waldrop, Steve Brady, and the show’s mascot Bodine. The Liars Bench recognizes established artists and performers and encourages new talent also. The Liars Bench has been a crowd pleaser from the very first show in June of 2010 promoting any and all aspects of Appalachian culture.

The Liars Bench was started in the early summer of 2010 by Gary Carden to promote Southern Appalachian storytelling, music, poetry, drama, and folk arts.